I like to study potential  presidential nominees AND their running mates.   I believed correctly Obama/Biden before President Obama picked Biden.  I believed Biden/Harris….Long before Harris even dropped out of the primaries.   I missed Clinton/Kaine.  I always believed in Vice President Biden.

I now believe without a shadow of a doubt the 2024 run will be Ron DeSantis.  Not Trump.  I also believe he will pick Niki Haley as a running mate and if he makes the run in the primaries, he will win it.

Why do I believe such?  #1 He is everything Trump.   He is loony and worse than Scott and who would have thought that possible?  He will run in 2022 again in Florida hoping as a 2 term governor and unless the dems in Florida don’t take him down with everything they got politically, he will be a two term governor but that won’t matter because he will still try and make a run against President Biden.

With the Biden/Harris win, if democrats start getting comfortable, we will be right back where we were two years ago in 2024.  Yes, we have the house, the senate and the executive but these next few years have to be a huge success and we have to as democrats hold our crap together and stand as one or it will be Groundhog’s Day in 2024 of  Nov. 2016.

We have a lot of corruption in Florida.  We got Trump here which is a nuisance and shame in itself, but Ron is a veteran.   He is also not your regular kind of vet.  He oversaw detainees at Gitmo and God only knows what he did.   He is also scum that is a quiet con.  He served in congress and now Florida governor and a Trump clone just like he promised he wanted to be from his ads.  He won in 2018.   We have a lot of scum and the head of scum took up residence here.

People need to start right now..and I mean right now…looking into DeSantis.   He is all things Trump only younger.  I am beginning to think the goofy part of America wants to be mistreated and ruled.  If they can’t get Trump, they will get the next best thing and that will be DeSantis.

This should be ever sane person’s goal….To start looking at DeSantis right now as the Republican nominee in 2024.

Although DeSantis rejected the presidential conjecture, he did receive an invitation to the Republican National Committee’s January meeting in Amelia Island, Fla.—a time when the committee assesses, analyzes and reviews the party’s presidential prospects.

RNC Chair Ronna McDaniel reached out to a mass of GOP notables about speaking at the meeting and noted in an email to the committee’s 168 members last month that she will “work to ensure that all Republican candidates can be successful”—McDaniel’s most striking act of independence from Trump yet, though the president, too, received an invitation.

DeSantis also like Trump has a wife that is arm candy and does absolutely nothing for the State.

This is behind a paywall but the headline reads from Business Insider.

Meet the Republican governor who is already on the attack against President Biden. Democrats have tagged him as ‘Trump’s errand boy.‘

The most scary thing about other than DeSantis himself, is he is someone the republicans will get behind and donors.  He is keeping a pretty low profile on the riot, Marjorie  and his criticism is aimed directly at President Biden.

I think this is more than a feeling. This Presidential thing.   Just like it was with Obama/Biden and Biden/Harris.  Start scratching up everything you can on old DeSantis and his former Media darling wife.  They are trouble nationally, not just Florida. 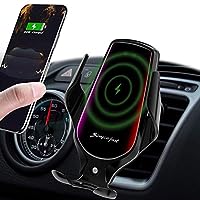