Back in April, President Trump issued a hollow order that meatpacking plants remain open, with safety restrictions to be fashioned by the plants’ owners. Even though the Covid-19 virus was ravaging its employees, places like Tyson Foods threatened them with firings if they dared put their health above a slab of bacon. Yesterday in a story written by Josh Israel for the American Independent, it was revealed that not only did the meat magnates wantonly risk the lives of their employees, but supervisors also bet on who would get sick first. Tyson Foods issued the obligatory legal denial of knowledge, “Tyson Foods is a family company with 139,000 team members and these allegations do not represent who we are, or our Core Values and Team Behaviors” said CEO Dean Banks. “We have suspended, without pay, the individuals allegedly involved and have retained the law firm Covington & Burling LLP to conduct an independent investigation led by former Attorney General Eric Holder,” he added.

Meanwhile, Senate Republicans are fighting to make sure that employees, like those of Tyson, are not able to sue for any damages or liability as a result of being forced to work. In July GOP Senator(s) John Cornyn of Texas and Mitch McConnell of Kentucky introduced S.4317, which they said was to protect a business against flimsy lawsuits by their employees, “To lessen the burdens on interstate commerce by discouraging insubstantial lawsuits relating to COVID–19 while preserving the ability of individuals and businesses that have suffered real injury to obtain complete relief.” Shades of Mitt Romney, “Corporations are people, my friends.”

Therein lies the difference in what is called American politics. Watching the wild efforts to disenfranchise black Americans from the east coast city of Philadelphia to Milwaukee in the most Midwestern of state(s) Wisconsin, the GOP is digging the hole of indecency so deep that they may never climb out.

They have transcended the ideology of partisan maneuvering, I concluded in my despair last night, that it is not our politics that makes us different, it is our morals. Being blunt some people think that opposing names like Elijah, Omar, Booker, Jayapal and yes Obama will make their voters grab their guns, Bibles, and ballots. What has become cliché is to say that most Republicans are not racist but most racists are Republicans. It is in reality deeper than a meme.

The amoral shouts of the GOP have increased to such a crescendo, that nearly 73 million of them are perfectly fine with whistling past the graves of 250,000 of their fellow Americans. I do not have a law degree but I must have stayed at a Holiday Inn at some point in my life. Second-degree murder involves three elements, non-premeditation, having no intention to cause serious harm, and lastly, depraved indifference, also known as depraved heart( Thank you L&O). The current, one term, two-time popular vote losing, impeached President of the United States said to author Bob Woodward  “This is deadly stuff… Pretty amazing,” Trump told Woodward as part of a series of interviews while bragging about his knowledge of the virus with the revelatory admission that the coronavirus was maybe five times “more deadly” than the flu.

Cue the theme: “In the criminal justice system…”

Support the Change in Georgia 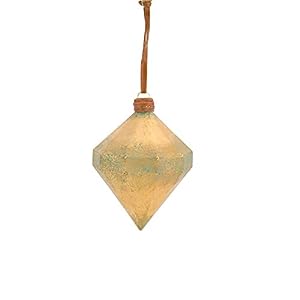