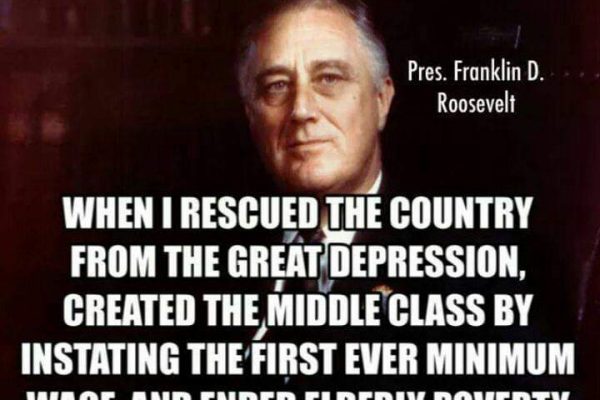 Even during the struggle with having Dixiecrats in its midst, the modern Democratic party has stood for social justice, however compromised because of the nation’s conflicted constitutional history. The “social democrat” media frame must offset name-calling of “socialist/communist”, since America’s mixed regulatory economy does resemble economies which the US falls behind in terms of health care and balanced military budgets.

Social democracy is a political, social and economic philosophy that supports economic and social interventions to promote social justice within the framework of a liberal democratic polity and a capitalist-oriented economy. The protocols and norms used to accomplish this involve a commitment to representative and participatory democracy, measures for income redistribution, regulation of the economy in the general interest and social welfare provisions.[1][2][3] Due to longstanding governance by social democratic parties during the post-war consensus and their influence on socioeconomic policy in the Nordic countries, social democracy became associated with the Nordic model and Keynesianism within political circles in the late 20th century.[4]

Lakoff's advice to the media, or his use of a Truth Sandwich: 1. Start with the truth. The first frame gets the advantage. 2. Indicate the lie. Avoid repeating the specific lie language. 3. Return to the truth.— Nancy Alenier (@AlenierNancy) November 3, 2019

Appearing late last week on MSNBC’s Morning Joe, Senator Claire McCaskill of Missouri insisted that Democratic presidential candidate Senator Bernie Sanders of Vermont “is too liberal to gather enough votes in this country to become president.” Indeed, responding to the fact that candidate Sanders is not only drawing big, enthusiastic crowds to campaign events in Iowa and New Hampshire, but also pulling within 10 points of frontrunner and party favorite Hillary Clinton in certain state polls, McCaskill said: “It’s not unusual for someone who has an extreme message to have a following.”

Extreme? McCaskill’s remarks indicate that we may be in more trouble than we thought. For some time we have feared that Republican politicians were losing their minds. Now it seems we must worry, as well, that Democratic politicians are losing their memories.

Clearly, McCaskill’s attack — which, to me, smacked of red baiting — was intended as a dismissal of Bernie Sanders’s candidacy based on the fact that Sanders, who has repeatedly won elections in Vermont as an independent and then caucused with the Senate Democrats, is a self-described “democratic socialist” or “social democrat.” And of course, we all know that social democracy is not just unpopular in the United States, it is un-American.

Well, think again. Social democracy is 100 percent American. We may be latecomers to recognizing a universal right to health care (indeed, we are not quite there yet). But we were first in creating a universal right to public education, in endowing ourselves with ownership of national parks, and, for that matter, in conferring voting rights on males without property and abolishing religious tests for holding national office.

But there’s even more to the story. It was the American Revolution’s patriot and pamphleteer, Thomas Paine — a hero today to folks left and right, including tea partiers — who launched the social-democratic tradition in the 1790s. In his pamphlets, Rights of Man and Agrarian Justice, Paine outlined plans for combating poverty that would become what we today call Social Security.

As Paine put it in the latter work, since God has provided the earth and the land upon it as a collective endowment for humanity, those who have come to possess the land as private property owe the dispossessed an annual rent for it. Specifically, Paine delineated a limited redistribution of income by way of a tax on landed wealth and property. The funds collected were to provide both grants for young people to get started in life and pensions for the elderly.

Think again. The social-democratic tradition was nurtured by Americans both immigrant and native-born – by the so-called “sewer socialist” German Americans who helped to build the Midwest and, inspired by the likes of Eugene Debs and Victor Berger, radically improved urban life by winning battles for municipal ownership of public utilities. By the Jewish and Italian workers who toiled and suffered in the sweatshops of New York and Chicago but then, led by David Dubinsky and Sidney Hillman, created great labor unions such as the International Ladies Garment Workers Union and the Amalgamated Clothing Workers of America. By the farmers and laborers who rallied to the grand encampments on the prairies organized by populists and socialists across the southwest to hear how, working together in alliances, they could break the grip of Wall Street and create a Cooperative Commonwealth. By African-Americans who came north in the Great Migration to build new lives for themselves and, led by figures such as the socialist, labor leader and civil rights activist A. Philip Randolph, energized the civil rights movement in the 1930s.

And think again. Think about the greatest president of the 20th century, Franklin Roosevelt, whose grand, social-democratic New Deal initiatives – from the CCC, WPA and Rural Electrification Administration, to Social Security and the National Labor Relations Act — not only rescued the nation from the Great Depression, but also reduced inequality and poverty and helped ready the United States to win the second World War and become the strongest and most prosperous nation on earth.

George LakoffÃ¢Â€Â™s Ã¢Â€Â˜Framing 101Ã¢Â€Â™ https://t.co/Kod2vvlPJ7 “It is more than just control of the media, though that is far from trivial. What they have done right is to successfully frame the issues from their perspective.

(51660)
$17.62 (as of May 21, 2022 20:13 GMT -04:00 - More infoProduct prices and availability are accurate as of the date/time indicated and are subject to change. Any price and availability information displayed on [relevant Amazon Site(s), as applicable] at the time of purchase will apply to the purchase of this product.)