Putting this up for the second day in case folks want to share comments in real time. I will update as necessary.

Trump lied to law enforcement about his conversations with Stone and needed Stone to keep quiet about it. This raises serious criminal questions for both Trump and Stone to which the next administration should give full scrutiny.

This bipartisan 966-page Senate report goes where Mueller feared to tread and unearths a gold mine of compelling evidence that the Trump campaign colluded with Russia’s government to win the American presidency illegally.

And they’re still at it.https://t.co/RSyKPD4CsM

Gosh. There's so much here. I always thought this stuff about the polling data was likely red herring, but look at the detail & the importance they put on it. And what was 'the sensitive stuff'?!? Notice the footnote, 'Manafort refused to elaborate further on the sensitive stuff' pic.twitter.com/whQqg1TZSk

Trump's letters to Putin. Beautiful letters! Most perfect letters! Or, as Trump would put it, “He begged like a dog.” pic.twitter.com/Zh3oRvfNY6

Putin's response to Trump says, in part, “I regret that we weren't able to meet as planned,” suggesting that they meet and talk during Trump's upcoming trips to Russia. pic.twitter.com/Yz0V4HXNlY

BREAKING: In a thousand-page bipartisan report, US Senate Intel Cmte. says the Trump admin. obstructed its investigation with “novel claims” of executive privilege, and paints portrait of a Trump campaign eager to accept help from a foreign power in 2016. https://t.co/tX52gnUlXY

You've got nearly five pages in the Senate report in which everything is redacted. This occurs when Andrew Müller-Maguhn, a German hacker affiliated with the Chaos Computer Club (he visited Assange repeatedly at the Ecuador embassy) enters the story. Look at this: pic.twitter.com/Vtv7i7ZMpI

He not only lies to you, he lies to law enforcement. The President is the biggest liar to ever hold the office. https://t.co/YfrmhWmTtF

An ex-SEAL who posted Soros conspiracy theories is accused of throwing IEDs at protesters. Other ex-SEALs share QAnon content with threats to act on it. What happens when violent theories reach special forces? https://t.co/dUVpf8Ysmg

Susan B Anthony’s WHOLE point was to get arrested. She wanted that conviction. https://t.co/a8E16ePogg

If Trump enacted a national mask mandate today through December, we could save more than 163,000 lives.

“We are the United States of America. There's not a single thing we cannot do if we do it together.” #DemConvention pic.twitter.com/SLdNN4Oxdv

The Democratic National Convention will be streaming all week https://t.co/ynNHHqqttz

Pledge of Allegiance starts it.

opens with trashing Trump over not having a plan for COVID

Bill Clinton: “Joe won't just put his signature on a check and try to fool you into thinking it came from him. He'll work to make sure that your paycheck reflects your contribution to, and your stake in, a growing economy.”

100th anniversary of the 19th Amendment

It is still fun to hear the delegation’s representative give a brief booster speech, even if it’s without the yells of the delegation.

The Ady Barkan piece reminds us how this country must care for everyone.

““The work of democracy is about trying to do together what we cannot do individually,”

I back and forthed w/ Ady over the weekend https://t.co/FqHO8fFjDY

(why yes I would have given Powell’s time to AOC)

.@DrBiden is about to speak LIVE from her former classroom – room 232.

You won't want to miss her powerful message about the importance of strong leadership.https://t.co/NEJtNqxFPV pic.twitter.com/z40KKsxwX7

ARKANSAS: Tom Cotton smashing a bottle on a bar, daring the camera to fight…

NEW YORK: The hosts of “Fox & Friends,” but Kilmeade has somehow caught his head in a blender

OKLAHOMA: A pile of slurry next to a fracking device 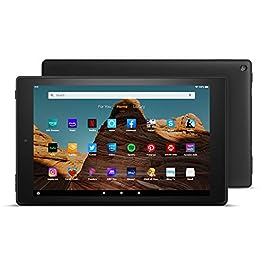