Apparently double-tapping bin Laden doesn’t count as much for Trumpists like Mark Meadows, and even the guy who did it can’t be grabbed by Trump.

The former Navy SEAL who shot and killed Osama bin Laden bragged about not wearing a “dumb ass” mask on a packed flight — an apparent dig at a face-covered passenger in a Marines cap.

“I’m not a p—y,” tweeted former SEAL Team Six member Robert O’Neill, 44 — alongside a photo of him smiling in his seat.

The only other person clearly in the shot is an elderly man wearing a mask and United States Marine Corps hat, and followers took it as a direct attack on his fellow passenger — with some even noting it was the same slur as he had used for the al Qaeda leader.

“Neither is the guy in the USMC hat,” one twitter user replied, referring to O’Neill’s slur. “And once again he’s serving his country by doing what he can to protect your right to be wrong.”

“You’re endangering a veteran’s life. how patriotic,” another person responded, while others noted the elderly passenger was “more susceptible than you are and smarter also !!”

In attempting to use his wife as a shield, he suddenly found that he and Osama had something in common after all https://t.co/PY5DVzgSZs— actioncookbook (@actioncookbook) August 19, 2020

What was a simple act of tweeting as interservice jocular behavior became more interesting only because of its author’s fame from the bin Laden raid and today’s claim by Mark Meadows that the same event didn’t happen by omission. The message on which the narrative pivots is the word used to diminish someone else since Trump claimed he could grab them because he was a star. Apparently in the Trump WH mask-wearers are similarly mocked. 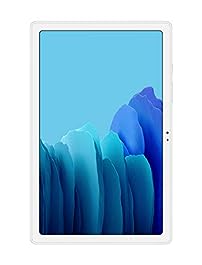