If the sardonic parody of the title of this piece, were not so serious, it would be funny. The President of the United States by trade and some would say derisively, by heredity, is a huckster. He invented a bogus university, repackaged bottled water and steaks with his name on the label, and charged exorbitant prices for each.  On the serious side of the ledger, he discriminated against minorities who tried to rent apartments and refuses to admit his blunder when he mistakenly advocated for the execution of innocent teens. Mr. Trump speaks like a guy trying to sell you a house with mold in the closets and a leaky shower by describing it as having a natural environmental décor with an Artisan waterfall.

Whatever needs to be said to close the deal he is willing to try and lie. While Treasury Secretary Steve Mnuchin is negotiating with Nancy Pelosi and House Minority leader Kevin McCarthy begs for clarity at White House meetings, while both are trying to help pass an emergency coronavirus worker’s funding bill, Mr. Trump is making sales-driven promises.  Health insurance companies have not promised to give free treatment coverage to coronavirus victims as Mr. Trump said from the Oval Office. ‘Anybody who wants a test’ gets tested just by asking for it has proven not to be true, despite the President's repeated assertions.  The Republican Congress does not want to pass a payroll tax break for workers even if the President is assuring us it will happen on his Twitter account.

I am not sure how much more Trump supporters need to hear or see to concede reality. Maybe the problem is not their refusal to hear the truth but acknowledging publicly they made a mistake. Donning red caps, trolling the libs and parking their keisters in front of Sean Hannity nightly is fantastical comfort from the facts. They can hear that the novel coronavirus is a deep state plot or a ploy by the Chinese and if all else fails—but Hillary’s emails.  I am not going to use psycho-babble or lend any credence to online amateur psychiatry but there is a term called Mass Psychogenic Illness that is the only way I can explain the mass hypnotic effect Trump has on his followers. In essence, there is a herd mentality that pushes people to do things and react in ways that they would never do alone but embrace as part of a group.

Wearing vulgar t-shirts, shouting wildly for political foes to be locked up, screaming obscenities at news reporters and punching protestors, are all things that happened at Trump rallies.  Sure wild protestors appear on both sides of the political aisle but never has a party’s leader purposefully and repeatedly started the chants or offered to pay for the legal defense of criminal acts. Conservative radio, columnists and TV pundits tell you to calm down this is all overreaction by the liberals who hate Trump. My question is why is the President so powerless and incapable of reassuring America that getting through a 10-minute address from the Oval Office, written after consultation with his son-in-law and daughter was so riddled with lies? Oh yeah, the black guy did it. 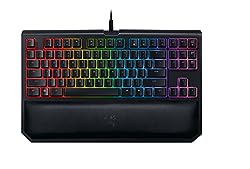