The problem for the now wavering GOP Senators, even if they agree that Arms for Dirt is a quid pro quo, it’s also unconstitutional because it was for Trump’s personal gain, clearly exhibiting corrupt intent. It’s an impeachable offense.

A growing number of Senate Republicans are ready to acknowledge that President Trump used U.S. military aid as leverage to force Ukraine to investigate former vice president Joe Biden and his family as the president repeatedly denies a quid pro quo.
In this shift in strategy to defend Trump, these Republicans are insisting that the president’s action was not illegal and does not rise to the level of an impeachable offense as the Democratic-led House moves forward with the open phase of its probe. […]

And with the House Democrats voting Thursday to open the closed-door impeachment investigation, undermining the GOP’s complaints about a secretive process, Republicans are frantically seeking a new strategy and talking points to defend the president.

Meanwhile, the president has frustrated Senate Republicans by seeming to change his messaging strategy every day rather than present a coherent defense of his actions, said multiple Senate GOP officials who spoke on the condition of anonymity to comment frankly.

Sen. Lindsey Graham says he would find it “disturbing” if there was evidence of a quid pro quo besides the Ukraine phone call. @ChrislHayes: “Sen. Graham, if you’re watching us, we will now present 9 damning pieces of evidence that show quid pro quo.” https://t.co/jiGrJTteuc

FYI @brithume: the "smoking gun" tape ensuring Nixon's impeachment was an order by him to have the CIA impede the FBI investigation into Watergate burglaries. The CIA didn't follow through; the FBI investigation continued. RN's request alone was (rightly) deemed corrupt enough. https://t.co/otcRhDe3C7

And there could be other articles of impeachment.

Pelosi on Friday emphasized that the decision on articles of impeachment will be up to the committees handling the inquiry. She did not rule out the possibility that the obstruction of justice allegations against Trump in Mueller’s report could come up.

“What we’re talking about now is taking us into a whole other class of objection to what the president has done. And there may be other — there were 11 obstruction of justice provisions in the Mueller report. Perhaps some of them will be part of this,” Pelosi said during an interview with Bloomberg Television. “But again, that will be part of the inquiry, to see where we go.”

Mueller’s report did not conclude whether Trump obstructed justice, but laid out 10 instances in which he may have done so, including firing James Comey as FBI director, pressuring then-Attorney General Jeff Sessions not to recuse himself from the Russia investigation and attempting to remove Mueller as special counsel.
For now, though, Democrats leading the impeachment inquiry are focused on uncovering Trump’s dealings with Ukraine and whether he instituted a quid pro quo for U.S. military aid.
“This is not about his personality, his policies. That’s for the election. This is about the Constitution. This is about defending our democracy,” Pelosi said. 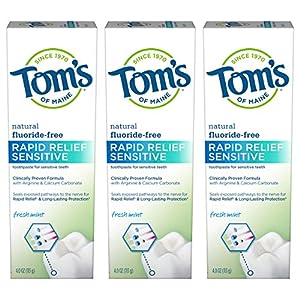