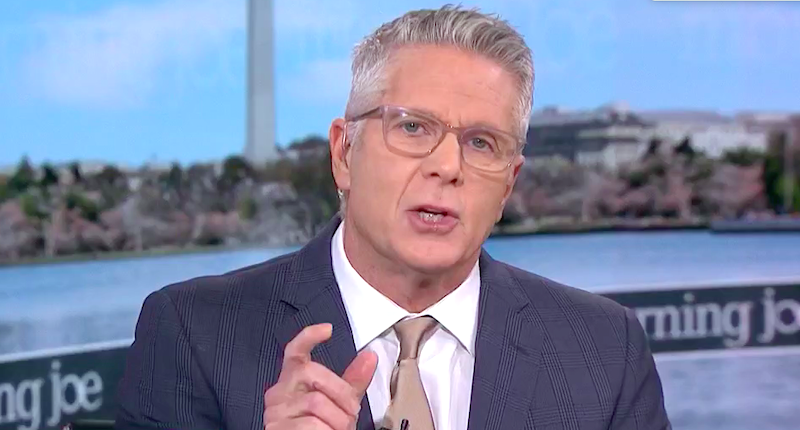 An Iran born Danish millionaire set a willfully uninformed Donny Deutsch straight on his ignorant comment about healthcare in Denmark. The Dane also pointed out how disingenuous Deutsch was with his personal characterization.

It all started last week on Real Time with Bill Maher where Donny Deutsch said the following.

“My grandfather was a cop, ok. My mother was a school teacher and they worked really hard to put me in a position where I can buy the kind of insurance I want . . . If I can’t buy it for my children, we are going backwards. We’re f***ing Denmark.”

Djaffar Shalchi, a Danish millionaire and founder of Human Act pushed back. He wrote a letter on Medium addressed to Donny Deutsch that illustrated how willfully ignorant he is. He first pointed out that Deutsch’s personalization was disingenuous.

Let’s set aside your choice to highlight the modest careers of your grandfather and your mother, while neglecting to mention your father’s success as the founder of a large advertising agency. I’m sure it was not your intention to misrepresent the privilege into which you were born. And good for you for appreciating how your takeover of your father’s business at age 32 (20 years after he founded it) did indeed put you in a position to buy the best insurance available. It is important, isn’t it, to give credit where credit is due.

Shalchi pointed out that the security Danes get from their healthcare system contributes to their citizens being some of the happiest in the world.

And by the way, I never worry about buying the kind of care I want for my children, because f***ing Denmark gives it to them. Perhaps that is why, when one compares our two great nations, we find that Danes are much happier than Americans, and that our social mobility is markedly better than it is in the land of the “American dream.”

In f***ing Denmark, we spend almost half as much per capita on healthcare as the United States. Despite our lower levels of spending, our life expectancy is higher, our infant mortality is lower, and our overall health is much better than the United States. In f***ing Denmark, we deliver high-quality, universal healthcare to each and every citizen, unlike the United States, which offers a for profit “consumer choice” system that leaves millions of your people “choosing” to be uninsured and hundreds of thousands of others “choosing” to be both insured and bankrupt.

Donny Deutsch has said patently ignorant statements pertaining to Progressive issues or candidates before. Who could forget that he said if Bernie Sanders or Elizabeth Warren were the Democratic nominees, he would vote for Donald Trump.

(51402)
(as of May 17, 2022 19:47 GMT -04:00 - More infoProduct prices and availability are accurate as of the date/time indicated and are subject to change. Any price and availability information displayed on [relevant Amazon Site(s), as applicable] at the time of purchase will apply to the purchase of this product.)