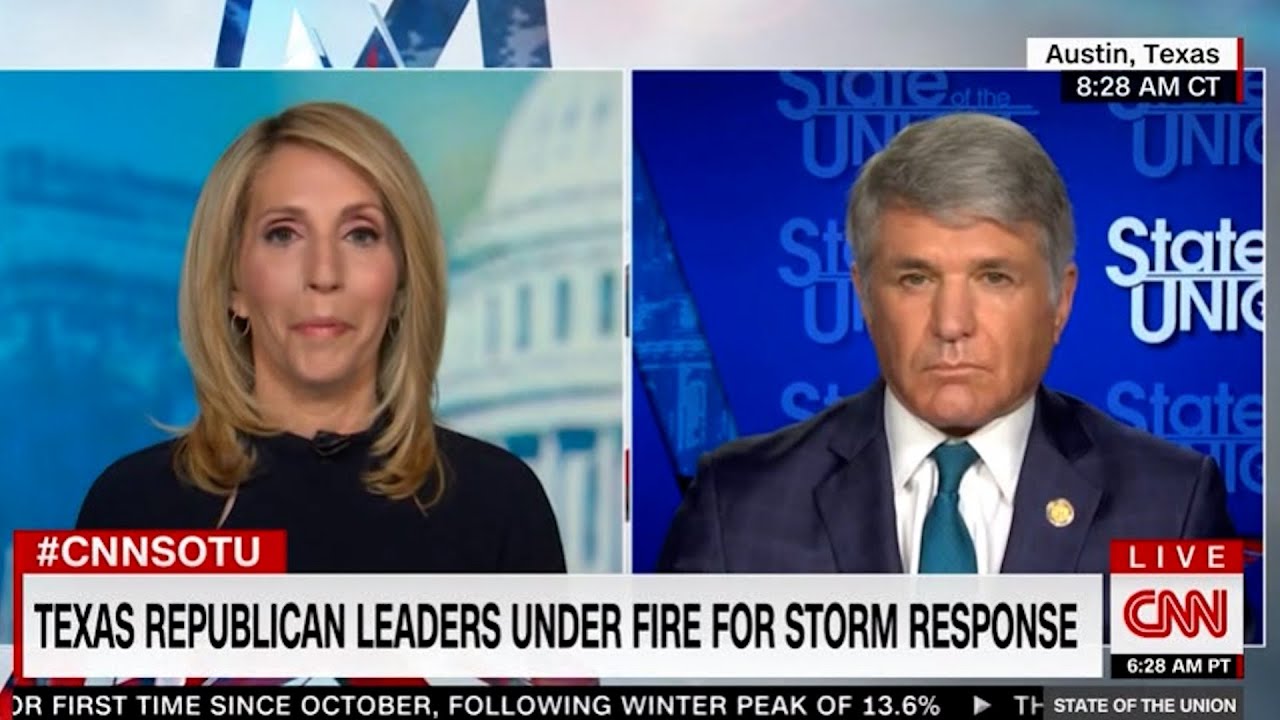 Texas decided to forego the national electric grid to avoid federal regulations. Now they are begging the government for “welfare” as their failed grid further compromised their economy and people’s well-being. The hypocrisy of the conservative mantra was, at last, not lost to CNN’s Dana Bash.

Bash asked a question that is only applicable in a state where there is a deregulated electric market. Many Texans are receiving bills for electricity over $1000 for spotty electricity. Why? Because a Texas’ deregulated market allows it.

When asked if Texans would be responsible for those electricity bills, Rep. McCaul said that federal emergency monies would be used to make those people who were ripped off whole. All Americans’ tax dollars will pay Texans’ bills to allow payment to a few businesses that took advantage of a deregulated market. In other words, it is a transfer of wealth and income from the many to the few that rips off some.

Dana Bash pointed out that Texans are mad at their Republican representatives. After all, Governor Greg Abbott lied as he attempted to blame renewable energy for his and Texas Republican governance for failing its citizens. Then, of course, while Ted Cruz fled the state and lied about it, AOC is in Texas as she has raised over $4 million to support struggling Texans.

But it is what Dana Bash said at the end that is most prescient. After listening to Representative McCaul talk about all the handouts he wanted from the federal government to support Texas, a state who claims to be anathema to government, regulations, and taxes, she pointed out the hypocrisy.