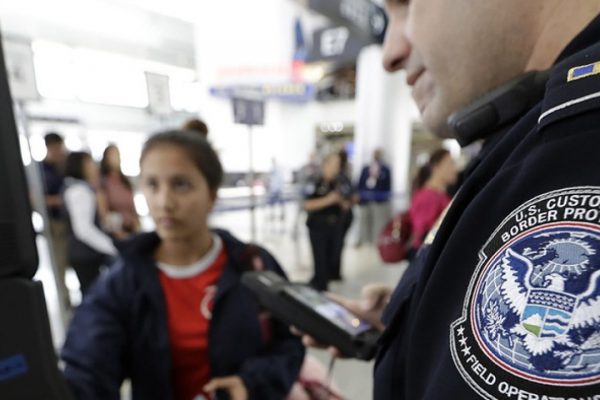 Because your loyalty needs to be questioned by the Trump regime even if your family came here after the Shah was overthrown, and you went to Canada for a visit (in this case to a concert). You could get lucky and get turned back only because there wasn’t enough jail space. And did you take a course on IEDs in college?

U.S. Customs and Border Protection has been detaining Iranians and Iranian-Americans up at the U.S.-Canada border in Washington state…

U.S. Customs and Border Protection has been detaining Iranians and Iranian-Americans up at the U.S.-Canada border in Washington state, says the Council on American-Islamic Relations.

The group said over 60 people–all Iranians and Iranian-Americans–were detained at the Peace Arch Border Crossing in Blaine, Washington. Others were turned back and refused the chance to enter the U.S. because CBP didn’t have space to detain them, CAIR said.

“Those detained reported that their passports were confiscated as they were questioned about their political views, allegiances, what courses were studied in college, and other invasive and interrogative questions,” they wrote. They said there was a CBP source who said the Department of Homeland Security issued a national order for CBP agents to report and detain people of Iranian decent from entering the U.S. if they’re “deemed potentially suspicious or ‘adversarial,’ regardless of citizenship status.”

If you are a member of the media seeking information, reach out to @mostlymana at [email protected]

Resource guide compiled in response to Trump's Muslim Ban, with helpful resources about what your rights are and practical measures you can take if you're caught up by this newest iteration of Trump's war on Muslims.

(28)
(as of May 19, 2022 00:38 GMT -04:00 - More infoProduct prices and availability are accurate as of the date/time indicated and are subject to change. Any price and availability information displayed on [relevant Amazon Site(s), as applicable] at the time of purchase will apply to the purchase of this product.)