Baghdadi-Bob apparently lapsed into fantasy as he turned a solemn announcement about killing a terrorist chieftain into a campaign speech complete with ad-libs. Trump’s next speech in Chicago used the mission as a ‘sir’ story which automatically challenges its credibility.

Five senior Trump administration officials who watched in real time as the president spoke on Sunday morning each told The Daily Beast that they had no idea where the president got the “whimpering and crying and screaming” detail. Two officials recounted how after they heard that on Sunday, they immediately began messaging each other questions and comments like, “uh where is he getting that?”

The comments confused officials in the Pentagon as well, some of who told The Daily Beast that there was no way Trump could have heard Baghdadi’s voice on the Situation Room live stream Saturday night because it did not have audio. Two senior officials said while President Trump could have spoken to commandos on the ground who carried out the raid but said that has not often been the case in past operations.

And on Monday, questions about where the president got his information continued to make its way to administration officials. At a press briefing Monday afternoon reporter peppered Acting Secretary of Defense Mark Esper and Chairman of the Joint Chiefs of Staff Gen. Mark Milley  with questions about Trump’s remarks about Baghdadi “whimpering” and “crying”. Asked whether he too had heard the whimpering and crying from Bagdadi, Esper said: “I don’t have those details.” Milley said the president had planned to talk to unit members involved in the raid but that he didn’t know the source of the Baghdadi description Trump used.

The ISIS leader's killing is a moment of military triumph that the president has cheapened and politicized. | Via: Slate https://t.co/43GSixKqPl

Death of Baghdadi seen as a plus for Trump reelection https://t.co/jHzn8vomgC

“Unfortunately, it’s very good for Trump because it kind of credentials him at a time when his profile on foreign policy and national security has taken a major hit,” said Celinda Lake, a Democratic pollster who is advising former Vice President Joe Biden’s presidential campaign.

Yet a win for Trump never comes without complications. Trump’s vivid description on Sunday of Baghdadi “whimpering and crying and screaming” was undermined Monday when Gen. Mark A. Milley, chairman of the Joint Chief of Staff, told a Pentagon news conference that he could not confirm those details and did not “know the source” of Trump’s information.

Defense Secretary Mark Esper had already thrown cold water on Trump’s account on Sunday, declining to confirm it in a televised interview.

Trump said he might release some video of the Special Forces raid that led the elusive leader of Islamic State to blow up a suicide vest in a tunnel rather than surrender. The Pentagon had aerial surveillance of the site, but it’s not known if U.S. forces wore body cameras that offered additional video.

For Trump, the Baghdadi mission could prevent defections from independent voters concerned about his lackluster foreign policy record, including his battles with European allies, his failures to nail down accords with China and North Korea and his abandonment of U.S. military allies in Syria.

Trump now has a response to those criticisms. 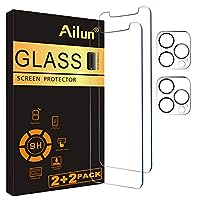