There’s moron-in chief and then there are morans(sic) on the ground.

Imbecile Who Licked Toiletries on a Store Shelf is Charged with Terrorismhttps://t.co/WzIZgPf3Jd pic.twitter.com/9TTaSp0BH0

Source – A 26-year-old man who filmed himself licking toiletries in Walmart while taunting, 'who's scared of coronavirus,' has been arrested and charged with making a terrorist threat.

Cody Pfister, 26, of Warrenton, Missouri, uploaded the video to Snapchat on March 11 and was charged on Tuesday with 'knowingly causing a false belief or fear that a condition involving danger to life existed.'

Warrenton police said they had received complaints from around the world including the UK, Ireland and the Netherlands and said it takes these concerns 'extremely seriously.'

Pfister, who has previous convictions for burglary and theft, is the latest to get into trouble with the law in a worrying trend seeing younger generations mocking the deadly virus on social media.  …

Larz, 21, who was also part of a craze which saw youngsters licking tubs of ice cream in supermarkets, revealed in a since-deleted tweet: Ã¢Â€Â˜I tested positive for Coronavirus.Ã¢Â€Â™ #CoronaVirusChallenge #TikTok pic.twitter.com/qqRfmn3cEw

Dinesh D'Souza says the Coronavirus spreads are mainly in the blue states pic.twitter.com/lub06gmBmn

A colleague also informed me that ChinaÃ¢Â€Â™s mobilization efforts in Wuhan were detailed in TrumpÃ¢Â€Â™s PDBs as early as the first wk of Dec.

By late Dec there was enough intel (SIGINT/HUMINT/OSINT) for even an unintelligent person to understand the growing threat of this virus.

Damn. More of this, please. pic.twitter.com/MpK71RWCOJ

So everyone letÃ¢Â€Â™s retweet the ad and email it to friends. https://t.co/V4ZZT3qaKQ

I'm don't know where this widespread conservative Christian “Ignore public health officials” impetus comes from. Hatred of government? Arrogance in thinking we're too holy to get infected? Selfishness? Stupidity? Whatever it is, it is endangering lives, and therefore anti-life. https://t.co/di6l0qJuHG

Preliminary investigations conducted by the Chinese authorities have found no clear evidence of human-to-human transmission of the novel #coronavirus (2019-nCoV) identified in #Wuhan, #ChinaÃ°ÂŸÂ‡Â¨Ã°ÂŸÂ‡Â³. pic.twitter.com/Fnl5P877VG 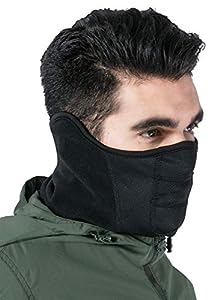