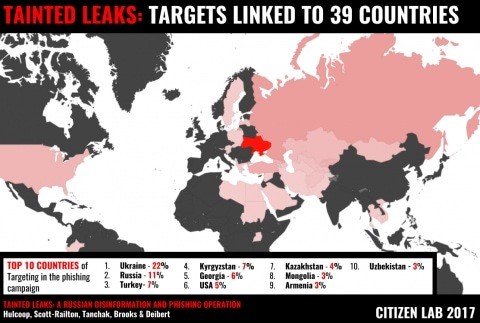 The Trumpists are trying anything that will draw your attention away from the 25 July “favor” request for dirt in exchange for releasing arms. The greatest irony is Trumpian claims that they were combating corruption (by being corrupt).

Cuomo to Rudy Giuliani: “Did you ask the Ukraine to investigate Joe Biden?”

Cuomo: “So you did ask Ukraine to look into Joe Biden?”

Rudy: “Of course I did!” pic.twitter.com/cuwTCvTcRn

The main point is to get you to forget about Russia’s role in 2016 and 2020 and pay attention to all of Trump’s foes. The reality is that all this hand-waving actually makes the Giuliani and Manafort roles much clearer in terms of supporting the GOP and Trump from the Russian point of view.

Because talking about phantom HRC servers somehow now in Ukraine will prevent you from imagining the current secret WH server for classified stuff. They’re trying it again, where the plots and servers are in Ukraine rather than Russia even as the overlap of post-Soviet culture still is all about the historical allegiance and linguistic differences among Ukrainians.

Reviving this false-equivalence narrative has never gained traction because of so little evidence, but it hasn’t stopped Trumpians from washing, rinsing, and repeating. This time the Bidens are meant to be involved by projection, doing all those Steele dossier capers this time, even if the GOP initially financed the Steele work. Then again no one seems to read the Mueller report, or the Steele dossier.

There is NEVER a defense offered for TrumpÃ¢Â€Â™s repugnant, corrupt, or illegal, behaviors. Instead, Trump and his GOP loyalists simply attack his accusers and investigators.

Speaking of wack conspiracy theories: Note that while they are generically “political” they are more hypotheses in need of a lot of testing since so many of the Ukrainian officials involved are refuting the facts. What the Trumpian forces want you to indulge is a quick course in post-Soviet politics that will distract you from the key impeachable acts by Individual-1. Philip Bump tries to diagram it:

President Trump had two objectives when he spoke with Ukrainian President Volodymyr Zelensky on July 25. The first — the “favor,” as Trump put it — was for Zelensky’s administration to look into any ties between Ukraine and analysis of the hacking of the Democratic National Committee’s server in 2016. The second was for Zelensky to probe a company for which former vice president Joe Biden’s son Hunter was working.

In each case, Trump’s clear intention was to have Ukraine provide some personal benefit to himself. Were Ukraine to uncover evidence suggesting that the DNC network might not have been hacked by Russia, Trump’s concerns about the legitimacy of his election would be assuaged. Should Zelensky find improprieties by the Bidens, even better. Trump has since couched each request to suggest that his intent was more high-minded, but the language of the rough transcript released by the White House makes his actual goal clear.

Trump’s lies get more precise in their imprecision as Trump’s getting closer to the bunker.

President Trump said Wednesday that his controversial July call with his Ukrainian counterpart was transcribed “word-for-word, comma-for-comma,” an assertion that fueled growing questions about the nature and completeness of an official memorandum about the call released by the White House last week.

“This is an exact word-for-word transcript of the conversation, taken by very talented stenographers,” Trump said.

Impeachment War Room? Trump Does It All Himself, and That Worries Republicans Ã¢ÂÂ¦@maggieNYTÃ¢ÂÂ© and me https://t.co/dgHsg9qPfX

And all the co-conspirators can’t keep their stories straight.

BREAKING: Mike Pence directly involved in pressuring Ukraine to target Joe Biden, but Pence aides say the VP didn't know what was happening. He was just a “useful idiot.” https://t.co/1tHdcwRgYQ

This needs to be added to the Articles of Impeachment.

Italy is helping Trump and Co. make up information and that is why Barr, Pompeo, Gorka and the rest where there. https://t.co/SCP9EutUXG

It would be easier to trust Mr. Barr’s intentions if he had not burned his credibility early on in his tenure, pre-spinning the release of Mr. Mueller’s Russia investigation report with a dishonest summary of its findings. He then accused the U.S. intelligence community of “spying” on the Trump campaign. Mr. Barr has used the imprimatur of his office to promote Mr. Trump’s favored narratives. Now, he appears to be using the investigative powers of the Justice Department to advance that agenda — no matter how baseless.

It would be easier to trust Mr. Barr’s intentions if he had not burned his credibility early on in his tenure, pre-spinning the release of Mr. Mueller’s Russia investigation report with a dishonest summary of its findings. He then accused the U.S. intelligence community of “spying” on the Trump campaign. Mr. Barr has used the imprimatur of his office to promote Mr. Trump’s favored narratives. Now, he appears to be using the investigative powers of the Justice Department to advance that agenda — no matter how baseless.