Beshear said all “non-life-sustaining” businesses must close to in-person traffic by Thursday evening. Exactly which businesses will be affected wasn't immediately clear

Beshear’s earlier actions were along this line — closing schools, gyms, hair and nail salons,…etc.  There was a debate on what the difference was between his previous orders and a shelter in place, but now it is in effect a shelter in place order.  This may be the only criticism of Beshear in that he didn’t make this official sooner.  It was inevitable given that Indiana did this a day or two earlier.

However, Beshear took this pandemic more seriously than say the idiot who runs the state of Tennessee, which is where my younger sister’s family lives.  And that goes the same for the state of Missouri, where I have a cousin in Saint Louis.  And my other sister’s family lives in Indiana, which has more cases and deaths from coronavirus than Kentucky.  We have 163 confirmed cases and 4 deaths, while Indiana has 369 cases and 12 deaths.

But we have some real assholes in Kentucky when it comes to the coronavirus pandemic.

First, we have…Well, I will just qoute what was reported today:

A frustrated Gov. Andy Beshear on Tuesday called out a “coronavirus party” that he said resulted in at least one person getting the virus, then ordered more business shutdowns to try to stem the pandemic's spread…

He called out a “coronavirus party” attended by 20-year-olds that ultimately resulted in one person testing positive for COVID-19, saying they were “flaunting the mass-gathering prohibition.”

“Anyone who goes to something like this may think that they are indestructible,” Beshear said at his afternoon briefing. “But it's someone else's loved one that they are going to hurt.”…

“We are battling for the health and even the lives of our parents and our grandparents,” Beshear said, calling for an immediate end to such gatherings. “Don’t be so callous as to intentionally go to something and expose yourself to something that can kill other people. We ought to be much better than that.”

You read that correctly.  Some idiots attended a “coronavirus party,” and one of the partiers caught the coronavirus.  Fucking assholes.

And if that wasn’t bad enough, the federal government is failing more of its employees:  local postal workers.

But when an employee tested positive for COVID-19, workers who may have come into contact with that person were not told to self-quarantine or to get a test, multiple employees told The Courier Journal.

And while Amazon temporarily closed its warehouse in Shepherdsville, Kentucky, after several workers tested positive for the novel coronavirus, employees at the Louisville post office say they were told they would not be paid if they decided to self-quarantine.

That's just business as usual at the processing and distribution center, employees say.

“They just treat us like we’re bodies,” one employee, who asked for anonymity out of fear of losing his job, told The Courier Journal. “They have absolutely no concern for us.”

They have not bothered to disinfect the distribution center where the employee works, nor have they given any PPE for the workers.  By the way, that processing center is just up the road from my home.  I’m so thrilled by this news.

As an employee of the Census Bureau, this does not surprise me.  One of the buildings at the National Processing Center has been infested with bedbugs for over five years now.  It is right next door to the building I have been assigned to.

On a lighter note, I still cannot find toilet paper.  I have been out to my local Kroger store several times, and the shelf is bare.  This goes for the CVS Pharmacy and Dollar Store as well.  I was told to go on Amazon and order some toilet paper.  It will not arrive until April 17th at the earliest. 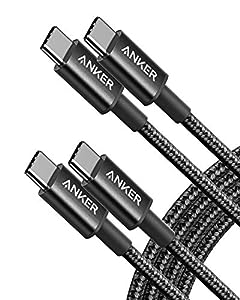