Elevating (the science adviser) role to member in the President’s Cabinet clearly signals the administration’s intent to involve scientific expertise in every policy discussion. Sudip Parikh, CEO of the American Association for the Advancement of Science.

Our next president is a science geek, how cool is that?

The dark days of science denial in the White House these past few years will end when Joe Biden is sworn in as president. Biden has chosen a Harvard and MIT mathematician and geneticist, Eric Lander, as his science advisor and the president-elect boosted this role to a cabinet-level position. Lander was the lead author of the first paper on the details of the human genome. He will be the first life scientist ever to hold the position of science advisor.

American Association for the Advancement of Science reports:

Eric Lander, 63, is president and founding director of the Broad Institute, which is jointly run by Harvard University and the Massachusetts Institute of Technology. A mathematician turned molecular biologist, Lander was also co-chair of the President’s Council of Advisors on Science and Technology (PCAST) for 8 years under former President Barack Obama, where he worked closely with Obama’s science adviser, John Holdren, and interacted with Biden.

“Eric is a fabulous choice, and he will make a terrific science adviser,” predicts Holdren, who calls Lander “a science polymath” for his breadth of knowledge across many disciplines. That’s also true for policy, Holdren says. “Eric’s fingerprints were on every one of PCAST’s 39 reports” issued under Obama, Holdren adds, noting that six of them covered previous pandemics and public health crises.

Contrast with Trump’s two-year delay in appointing a science advisor. Poor guy had to walk on eggshells regarding the climate crisis.

For most U.S. researchers, President Donald Trump’s decision to wait 18 months before nominating meteorologist Kelvin Droegemeier to lead the White House Office of Science and Technology Policy (OSTP) confirmed their belief that his administration had little regard for the value of science in setting policy. But they applauded the July 2018 selection of a career academic and university administrator, and they hoped Droegemeier’s genial manner and reputation as a team player might produce some small victories for the research community.

But 2 years later, in the runup to the November election, those cheers have been replaced by private handwringing. Observers say there is scant evidence that Droegemeier, who also holds the unofficial title of the president’s science adviser, has tried to mitigate any of the administration’s most controversial policies relating to science and innovation. The list includes its chaotic approach to the COVID-19 pandemic, withdrawing from the Paris climate accord, rolling back a slew of environmental regulations, restricting immigration, and proposing deep cuts in the budgets of most federal research agencies.

Even small victories have so far proved elusive. Droegemeier promised to streamline and improve how the federal government manages academic research. But an interagency panel he created 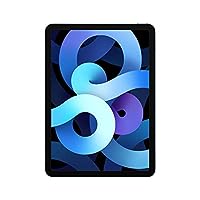