With Secretary of State and former Kansas Congressman Mike Pompeo declining to run for the Kansas Senate seat being vacated by Pat Roberts, Democrats may have their best chance to win in the Sunflower state since 1932. Cook’s Political Report has accordingly moved the race from likely Republican to lean Republican.

With Pompeo not running, former Kansas Secretary of State Kris Kobach remains the frontrunner in the August 4 primary. National Republicans have outright said that the controversial Kobach can’t win a general election after losing the 2018 governor’s race by 5 points to Democrat Laura Kelly. In private polling, Republicans have Kobach losing to likely Democratic nominee Barbara Bollier, and Kobach leading every other Republican in a head-to-head except Pompeo.

Barbara Bollier, a state senator who switch from Republican in 2018, will have some crossover appeal in the heavily Republican state where the GOP has been divided between the very conservative and moderate/conservative factions, at least she will against Kobach.

Roll Call reports that money has started to flow to Kobach’s rivals for the Republican nomination now that Pompeo seems not to be an option, and it seems likely Mitch McConnell will try to change Pompeo’s mind before the June primary.

The website Inside Elections has also shifted the race from solid Republican to lean Republican this week. Sabato’s Crystal Ball continues to have it as a likely Republican contest.

Winning a Senate seat in Kansas would put Democrats in a much better position to gain control of the US Senate where they currently have 47 out of 100 seats. 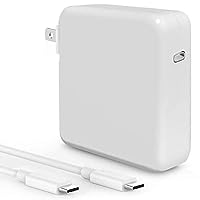