Oh, this is beyond delicious. Like a giant tub of Red Vines cascading down my Twizzlers-hole like a … this simile has gotten away from me. Never mind.

Memo to MAGA and all its myriad fellow-travelers: Maybe Death of a Salesman as presented by Leni Riefenstahl just wasn’t the show Americans were dying to tune into this season.

Let me refresh your memory: On the day Donald Trump was sworn in as president, Republicans controlled not only the White House but both houses of Congress. They were in a historically strong position elsewhere as well, controlling both legislative chambers in 32 states. They pissed that away like they were midnight drunks karaoke-warbling that old Chumbawumba song: In 2021, they control approximately squat.

You Trumpish Republicans sneered that Joe Biden was too corrupt and too senescent to win a presidential campaign, that he was one part mafioso and one part turnip.

That turnip kicked your dumb asses from Delaware to D.C. So you rioted. Real smart move, Cletus.

“Oh, but he fights!” you’ll say — over and over and over. He didn’t fight — he tweeted. He’s ten feet tall on social media and a pushover in real life. Trade deficit: up. Unemployment rate: rising. Abortion rate: rising. Beijing: rising. The coronavirus body-count: rising.

Seriously, though, you should read the whole thing.

This guy is a natural. Sometimes I laugh so hard I cry.” — Bette Midler on author Aldous J. Pennyfarthing, via Twitter. Trump is gone, but the righteous mocking goes on forever. Thanks to Goodbye, Asshat: 101 Farewell Letters to Donald Trump, Dear F*cking Lunatic: 101 Obscenely Rude Letters to Donald Trump, Dear Pr*sident A**clown and Dear F*cking Moron, you can purge the Trump years from your soul sans the existential dread. Only laughs from here on out. Click those links! 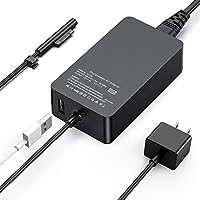