Okay, he didn’t say “shitcan.” I said “shitcan.” Charlie Sykes is a good, decent Wisconsin boy, and I’m a pissed-off, half-rabid, raging Badger who’s had more than enough of the overt criminal enterprise that’s been implausibly passing itself off as an “administration.”

I grew up in Wisconsin and lived most of my life there, so I’m well acquainted with Sykes. I flat-out don’t like him. I have never agreed with him politically and think he’s a wackadoodle like the rest of his tribe.

But, credit where credit is due, the guy at least has the guts and common sense to call out Trump and his supporters, who are driving our country straight into a flaming tar pit.

And when your house is on fire, you’ll accept help from any neighbors who want to lend a hand, not just the ones you like. And Jesus Niblets, is our house ever on fire.

Which is why I’m recommending this Sykes article from — shudder — The Weekly Standard.

In the column, Sykes imagines what a Republican challenger to Trump might say if he or she were launching a primary challenge. Here are a few choice excerpts:

After four years, we can no longer be under any illusions about Donald Trump’s character, competence, or values. Ignorant and indifferent to our history, and unappreciative of our laws and cultural legacy, Donald Trump has ripped at the fabric of our democratic culture. He cannot insult, bluster, lie, or tweet America to greatness; instead, he has left us divided and isolated.

It is time to make America Good Again.

From the Muslim ban to his reckless demagoguery over immigrant caravans, Donald Trump has not missed an opportunity to pit us against one another, or prey upon our fears rather than our shared aspirations as Americans. This is not a formula for national renewal; and it is not what the American story ought to be.

America should lead, not sulk in the corner. This president has insulted and alienated our closest allies, substituted bluster for statesmanship, sparked self-defeating trade wars, and groveled before blood-soaked autocrats.

This does not make us great. Instead, we have lost the respect of much of the world; it fears us for the erratic behavior of this president and mocks us for his absurd pretensions. Instead of being the leader of the free world, Donald Trump has embraced a cynical transactional nationalism that knows the price of everything and the value of nothing.

Like I said, I rarely agree with Sykes, but the enemy of my enemy is my friend … at least until he starts stumping for yet another supply-side huckster.

But all good Democrats and a handful of semi-sane Republicans realize Donald Trump is a clear and present danger to our country and the planet.

Welcome to the world of the semi-sane, Charlie Sykes.

Glad to have you aboard — for now. 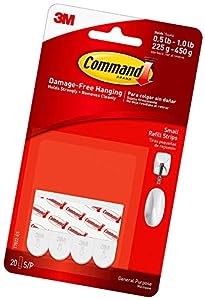