Congresswoman Stacey Plaskett corrected the host mischaracterization of the insurrection. Americans must not forget this was sedition.

We cannot water down the insurrection.

I was very impressed with Congresswoman Stacey Plaskett, who made sure that she corrected MSNBC Host Ayman Mohyeldin’s mischaracterization of the insurrection as he interviewed her.

Ayman Mohyeldin asked the Congresswoman how she and the other managers were preparing for Trump’s impeachment trial. He referred to the unpatriotic seditious insurrectionist attack as a mob attack.

Before the Congresswoman answered Mohyeldin, she had a correction. Every Democrat, Progressive, and patriotic Republican must make this type of clarification whenever appearing in the media to ensure that anyone thinking about doing what the insurrectionists did, understand that it comes with a personal price.

“First, this is more than a mob attack,” Plaskett said. “This was an attempted coup of our government because this occurred on no other day than one of our most sacred for our democracy, that being January 6th for the certification of the Electoral College.”

It is important that as the insurrection is more in the distance, we do not forget the gravity of the act by the insurrectionist. Everyone involved must pay the price, either jailed for a long time and/or expelled from the Congress or Senate and prevented from holding office where applicable. 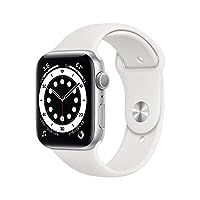