Moderna and Pfizer/BioNTech executives will testify before a US congressional committee tomorrow that the number of doses of their Covid-19 vaccines will increase sharply next month. Johnson and Johnson, who expects to get approval for its vaccine later this week, said it will have 20 million doses by March 31.

(Approval from the FDA could allow Moderna ) to put as many as 15 doses of its Covid-19 shot into each vial. Currently, its vials hold 10 doses. If authorized, the change could quickly increase supply of this vaccine, as one of the main production bottlenecks for Moderna has been at vial-filling plants.

Meanwhile, Pfizer said improvements and expansions to its vaccine manufacturing effort could allow it to ship 13 million doses of its vaccine a week by mid-March, up from 4 million to 5 million doses a week in early February.

In its statement, J&J said it may be able to produce enough of its one-dose vaccine to inoculate more than 20 million Americans by the end of March. Having a single-dose shot could help many Americans get fully vaccinated more quickly, as the currently authorized vaccines each require two doses for complete protection.

The number of doses administered last week dropped sharply due to severe winter weather in parts of the country. Dr. Anthony Fauci said the delayed vaccinations can be made up by March 1 since weather issues did not delay production, only distribution.

www.msn.com/…Since their approval in December, more than 75 million doses of the two-shot-regimen Moderna and Pfizer vaccines have been distributed, of which 63 million have been injected, reaching 13% of Americans. Nearly 45 million of those doses have been administered since Biden’s inauguration on Jan. 20.

The pace of deliveries of those vaccines is about to take off. About 145 million doses are set for delivery in the next 5 1/2 weeks, with an additional 200 million expected by the end of May and a further 200 million by the end of July.

Meanwhile, Joe Biden is getting great marks for his handling of the pandemic with 67% approving and 31% disapproving. Overall approval for Biden is 56%, according to the Gallup Poll.

news.gallup.com/…Biden’s current approval rating for his handling of the coronavirus includes 95% of Democrats, 66% of independents and 34% of Republicans.

Israel reports that the Pfizer vaccine not only prevents disease, but also prevents the transmission of Covid through a vaccinated person. While this is something that might seem obvious, with an ailment that often shows no symptoms the issue might need firm evidence to be scientifically proven.

www.msn.com/…While early evidence had indicated that the coronavirus vaccines have cut transmission of the virus, in addition to preventing illness, experts have been cautioning that the question required further study.

The study by Pfizer, BioNTech and Israel’s Health Ministry was the first decisive indication that a vaccine did indeed curb transmission, Bloomberg reported.

One sour note in generally good news as that many members of the US military are refusing Covid-19 vaccinations.

Some Army units are seeing as few as one-third agree to the vaccine. Military leaders searching for answers believe they have identified one potential convincer: an imminent deployment. Navy sailors on ships heading out to sea last week, for example, were choosing to take the shot at rates exceeding 80 percent to 90 percent. 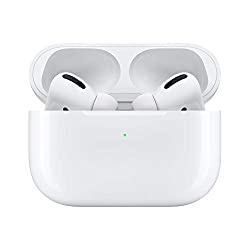