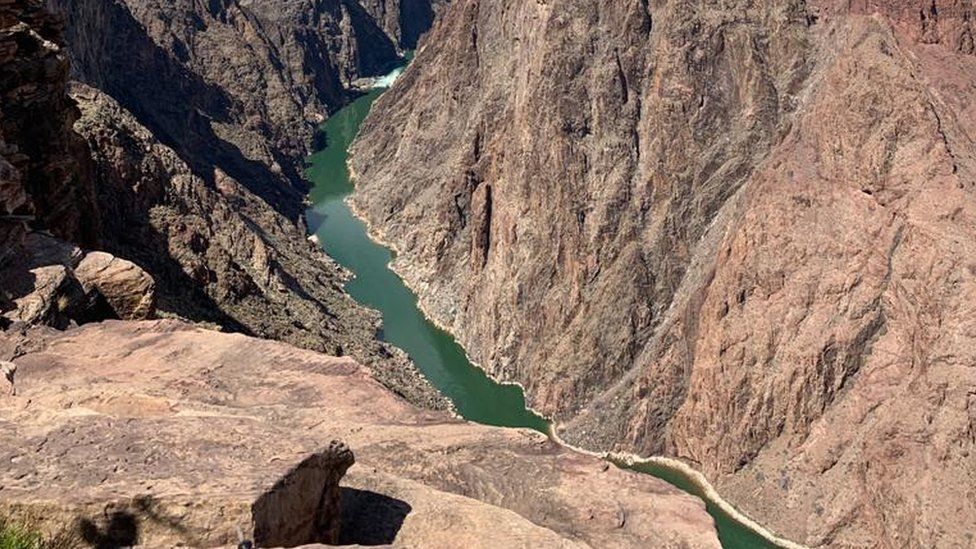 “Concurrent extreme events of more than one kind, rather than isolated events of a single type, will be the ones that actually harm people, society, and the economy.”  Katrina Bennett, Los Alamos National Laboratory hydrologist and lead author of the study

Over 40 million people in the western United States rely on freshwater from the Colorado River, while agriculture in the basin helps feed many people across the country. All of that is threatened by ‘more frequent; intense hydroclimate events’ warn the Los Alamos National Laboratory.

The basin has become drier and hotter over the decades. Scientists at Los Alamos found that climate change affects weather and precipitation with multiple severe events that will combine and threaten the habitability in the region.

Today, April 6, is when Colorado River basin snowpack is supposed to hit its average peak.

But runoff started days ago, and snowpack is on a steep decline. That early melt will affect fire season, water availability, river flows the rest of the year: https://t.co/Z58kY80cZW pic.twitter.com/qcsnhZSKHP

“We found that concurrent extreme hydroclimate events, such as high temperatures and unseasonable rain that quickly melt mountain snowpack to cause downstream floods, are projected to increase and intensify within several critical regions of the Colorado River basin,” said Katrina Bennett, a hydrologist at Los Alamos National Laboratory and lead author of the paper in the journal Water. “Concurrent extreme events of more than one kind, rather than isolated events of a single type, will be the ones that actually harm people, society, and the economy.”

Another example of concurrent hydroclimate events might be low precipitation accompanied by high temperatures, which cause drought as an impact. Other factors such as low soil moisture or wildfire burn scars on steep slopes contribute to impacts.

“You never have just a big precipitation event that causes a big flood,” Bennett said. “It results from a combination of impacts, such as fire, topography, and whether it was a wet or dry summer. That’s the way we need to start thinking about these events.”

Unsurprisingly, temperature increased across all six models and was an even stronger catalyst of events. Consistently across the entire basin, the study found an average temperature rise of 5.5 degrees Celsius between the future and historical periods.

In every scenario, the number and magnitude of each type of extreme event increased on average across the Colorado River Basin for the future period compared to the historical period. These numbers were given as a statistical expression of the change in frequency between the historical and future period, not as a count of discrete events.

I have long wondered how massive development can continue in places like Phoenix and Las Vegas when the water resources in the Colorado River Basin are already at the breaking point… https://t.co/gTuieZB781