ELAINE: “Perhaps there’s more to Newman than meets the eye.”

I’m reminded of this bit from Seinfeld whenever anyone ascribes any sort of complexity or gravitas or anything beyond a primal, raging, cotton candy-covered id to Donald Trump.

It’s wishful thinking — the idea that there must be something behind those rheumy, feral-child eyes because he’s president, after all. As we all know, that’s bullshit. And Stephen Colbert just called John Bolton out on this wildly inaccurate premise during an episode of The Late Show:

TONIGHT, in a late night TV exclusive, @StephenAtHome interviews Former National Security Advisor @AmbJohnBolton in a wide ranging interview about his time in the Trump Administration and why, despite voting for him in 2016, the President won't be getting his vote in 2020. #LSSC pic.twitter.com/xamMoo8uRU— A Late Show (@colbertlateshow) June 24, 2020

COLBERT: “I assume that you speak to your fellow long-term conservative Republicans who have served multiple administrations. What are they saying behind closed doors? I mean, there are high-profile things like The Lincoln Project and Republicans Against Trump, but when the cameras are off, what’s the conservative opinion of Donald Trump?”

BOLTON: Well, look, I think many of them, in fairness to Trump, look at the comparison — as I did in 2016 with Hillary Clinton — look at the comparison with Joe Biden and say, ‘Whatever we think of him he’s not going to be a Democrat subject, especially these days, to the pressure of the left.’ Look, I bought that argument in 2016 …”

COLBERT: [Laughs] “No, he’s going to be subject to the pressure of Vladimir Putin and Xi Jinping. He’s a person willing to sell out the interests of the American people for his own reelection. What could be worse in Hillary Clinton or Joe Biden’s philosophy than betraying your country to a hostile foreign leader, sir?”

BOLTON: “Trust me, I understand that point.”

COLBERT: “But will you answer that question?”

COLBERT: “I guess what’s exasperating is there is absolutely nothing that Donald Trump has done that is surprising to me. My rule is everything you think about Donald Trump is probably true, because he’s not deep enough to get your socks wet in. He’s incredibly readable. That’s why when he ran casinos, the house lost. There’s nothing to learn about him. That’s why he’s essentially a boring person. How did you not know beforehand that he was just callow?”

BOLTON: “Because I couldn’t believe it was that bad. And I know other people say they saw it from the beginning …”

COLBERT: “But you’re an international negotiator. How could you be naive? You’ve dealt with the worst people in the world.”

BOLTON: “You’re really insulted me now by calling me naive. Look, I thought it was possible to work with somebody. I thought surely they would want to learn about the complexities of arms control negotiations and that sort of thing, and as I detail in the book, that turned out not to be true.”

I’d have better luck teaching my dog string theory — which I don’t really understand and probably never will.

With Donald Trump, Republicans have proven themselves not just craven and naive, but also criminally unobservant and stupid.

And Bolton won’t vote for Joe Biden? Is he gonna write in “John Bolton,” because I don’t think that will help us end our long national nightmare.

Again, I’m glad he wrote this book, but fuck this caramel corn-looking asshole. I could have written a tell-all nearly as revealing about Donald Trump. I’d have called it The Room Where I Couldn’t Stop Vomiting, Circa 2016-2020. What a fucking dumbass. I wouldn’t trust him to advise me on ice cream flavors if he worked at Baskin-Robbins. 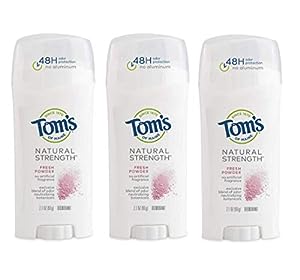