During recent interviews, Gardner has said positive things about the way Colorado has conducted mail-in voting, and he did so again, more or less, during a forum not meant for public consumption: an August 5 telephone fundraiser. But in a transcript from the event obtained by Westword, he also sought to cast doubts on a nationwide application of the process amid the COVID-19 pandemic in ways that should keep The Donald happy, since his references to heavy-handedness coming out of “Washington, D.C.” are explicitly aimed at Congress.

During the fundraiser, a caller introduced the topic of mail-in voting with this: “My question is, if you guys are going to mail out all the ballots, and nobody has to vote with ID in the most important thing in our lives that we do is voting. Why on earth would we have to have a DMV? We don’t need identification to drive. These are petty things. Buy alcohol, buy a gun. Why on earth do we have to have ID to do all these other things? Yet, the most important thing that the American people do is vote.”

After thanking the caller for his question, Gardner replied: “Look, protecting the integrity of our elections is job number one when it comes to carrying out free, transparent, secure elections, which we have to have. We know what’s happened in California, where they have voter harvesting laws that allow people weeks and weeks and weeks after the election to change the result of the election. We saw what happened in Florida while the Supreme Court of Florida actually found that state officials had acted unconstitutionally in the way that they were carrying out that election. I’m proud of the work that we’ve done in Colorado. I’m proud of the way that we have carried out our election, but we have to make sure that Washington D.C., it doesn’t impose some kind of California or Florida style voting regime that impedes the protections of our elections across the country.”

Mike Littwin had a great piece in The Colorado Sun the week Rep. John Lewis (D. GA) passed away that called out Gardner on this issue:

Trump didn’t show up to the funeral because he’s a small man who thinks he’s always the hero of the story. He didn’t go to see Lewis’ body lie in the Rotunda for much the same reason. It was the John McCain situation all over again, another insult to American history. It was the Dr. Fauci opening-day-first-pitch situation all over again, another example of Trump’s unmasked jealousy when anyone even briefly steals his spotlight.

But, seeing his chance, he threw out his news-maker kicker to his morning tweet, floating the idea that we should delay the Nov. 3 election until it could be made, uh, safe. The idea was so outrageous that McConnell, Cruz, Rubio, McCarthy, et al immediately denounced it without, of course, denouncing Trump himself. It was what Joe Biden had predicted months ago to much ridicule. How dangerous is Trump’s proposition? In 1942 during World War II, FDR said postponing an election would mean “we have become fascists ourselves.”

For Gardner, the broad disapproval gave him cover to weigh in. He pointed out that mail-in voting works fine in Colorado and that the election will not, under any circumstances, be postponed. He, of course, did not mention Trump either. His opponent in November, John Hickenlooper did, of course, and noted that Gardner’s Trump avoidance “is another facet of how to maintain silence — this kind of cowardly silence about so much of what Trump has said and done.”

Hickenlooper has been an ardent defender of Colorado’s mail-in voting system and using it to make the case for national vote-by-mail. Here’s an op-ed Hickenlooper had in the Washington Post back in April:

Mailing ballots has upsides beyond the obvious convenience. Since we started mailing ballots to every eligible voter in Colorado, voter turnout in the state has increased 3.3 percent, putting our state’s voting rate among the highest in the country. We’ve also saved about $6 per voter in reduced printing, labor and other costs, making it less expensive for county clerks to administer elections.
We’ve seen particularly striking results among low-propensity and younger voters who previously did not vote regularly. In the first year we started mailing out ballots, turnout for unlikely voters went up by 20 percent — because they now had a ballot at their fingertips. In the 2016 election, 93 percent of Colorado voters chose to mail in their ballots.
Universal vote-at-home reform was a matter of common sense even before the covid-19 pandemic upended the nation, but now it is an urgent necessity. Making it happen in time for the November elections will be a gigantic undertaking, and there is no time to waste. An immediate need: bolstering an ailing U.S. Postal Service so it will be prepared for the surge of ballots.

And he’s been calling Trump on this:

Trump is holding funding for the post office hostage because he wants to make it harder to vote. That's not ok.

Here in Colorado, we've shown that vote by mail works. It protects public health, it saves money, and it's safe. https://t.co/jhXCAM6m7Z

We need to get rid of Trump and his enablers like Gardner in the Senate. Click below to donate and get involved with Hickenlooper, Biden and their fellow Colorado Democrats campaigns: 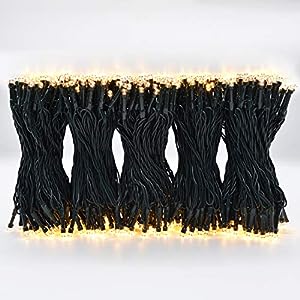 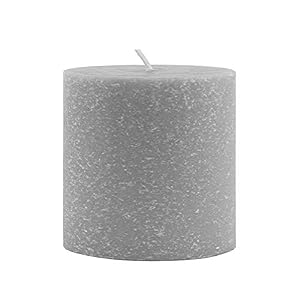