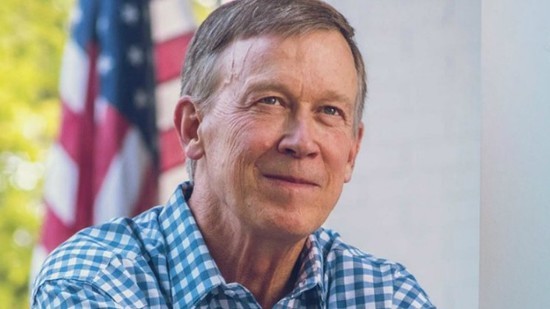 We have the opportunity to take back the Senate, Samuel.

My friend John Hickenlooper is running for the Senate in Colorado for one of the most vulnerable red seats in the country, and experts have called his race a toss up.

He has a real shot at winning, but he needs our support. Will you split a contribution between John’s campaign and mine?

Coloradans need a leader who shares their values, and John is the right guy for the job.

Republicans are still attacking affordable access to health care and trying to gut protections for pre-existing conditions. John wants to lower the cost of health care and prescription drugs and make it more accessible.

Right now our economy only works for the wealthiest among us. John helped create jobs and build a strong economy as the mayor of Denver and Colorado’s governor.

John can make Washington work for Coloradans again, but he needs our grassroots support to get there. Split a contribution between his campaign and mine today.

(85525)
$0.00 (as of May 16, 2022 04:33 GMT -04:00 - More infoProduct prices and availability are accurate as of the date/time indicated and are subject to change. Any price and availability information displayed on [relevant Amazon Site(s), as applicable] at the time of purchase will apply to the purchase of this product.)