Here’s the latest news out of Colorado:

A central benefit of Obamacare, say its backers, is the national health care law’s requirement that insurance companies cannot deny coverage to people with pre-existing conditions.

That’s particularly important now, they say, because COVID-19 is especially dangerous for people with underlying conditions, like respiratory or heart issues.

The problem, says an advertisement unveiled today, is that U.S. Sen. Cory Garnder (R-CO) and Senate GOP leader Mitch McConnell of Kentucky have yet to back off their longstanding crusade to kill Obamacare, a move that would eliminate federal protections for people with pre-existing conditions.

McConnell isn’t the only ass that Gardner has been kissing:

Sen. Cory Gardner (R-CO) wanted to make it absolutely clear to his fellow Republicans at their virtual state assembly on Saturday that he stands firmly with President Trump. In place of a standard candidate speech, Gardner’s campaign played a video montage of Trump praising Gardner as the two men shared the stage in February at the Trump campaign rally held in Colorado Springs.

Also, this looks a little shady:

On a late February night in Palm Beach, a mansion owned by billionaire art collectors was teeming with activity. Pianist Chloe Flower played Chopin, a four-course meal was served and, most importantly for the hosts, $1,000 bottles of some of the world’s best champagne were poured.

Seated somewhere near the middle of this “by-invitation bacchanal,” in the words of one attendee, was U.S. Sen. Cory Gardner, according to news reports, an Instagram video and a promotional photo of the party.

The party was put on by Krug Champagne, a French company owned by a multinational conglomerate of luxury brands called LVMH. For the past 20 years, LVMH has lobbied the U.S. Senate on a range of issues related to its brands, such as Louis Vuitton, Hennessy and Krug Champagne, disclosure reports show.

State Rep. Tom Sullivan, a Centennial Democrat and outspoken critic of Gardner, says Gardner’s appearance at the champagne party is an ethics violation. Sullivan claimed in a complaint to the Senate Ethics Committee this week that Gardner violated a ban on gifts of more than $50, as well as a ban on gifts from companies that hire lobbyists.

The two are the last candidates standing in a once-crowded field vying to unseat Colorado’s Republican U.S Senator Cory Gardner. Romanoff qualified for the ballot with overwhelming support at Saturday’s Democratic state assembly. Hickenlooper, a two-term governor, petitioned onto the primary ballot.

Romanoff and Hickenlooper have agreed to hold several events together, but the details are not firm: no set number, format, or location has been determined.

On Tuesday Romanoff’s campaign asked Hickenlooper to agree to take part in seven debates before June 30, some of which may need to happen virtually, given the ongoing COVID-19 pandemic.

Click below to donate and get involved with the Colorado Democrat of your choice: 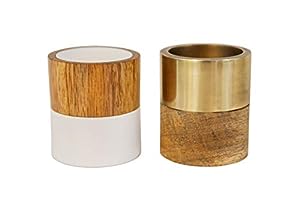