U.S. Senator Cory Gardner (R. CO) just made the case against his own re-election campaign:

Republicans must not only retain the White House this fall, they must also hold the U.S. Senate, says Sen. Cory Gardner (R-CO). If they don’t do both, he warns, even if President Trump is reelected, Chuck Schumer won’t approve any of Trump’s judges: “he’ll block every single one of them.”

“We know what the left wants to do! They want socialism. They want to destroy the fabric of who we are as a country.

And that Supreme Court and our court system is that body that will say, no, you’ve gone too far. You can’t do that. You’ve stepped outside the bounds of the plain meaning of the text. And that’s exactly what we have to do with our judges. So not only do we need a president to make sure they’re selecting good constitutional based judges, but we have to have a United States Senate majority in order to confirm those judges.

Because if we lose the majority and President Trump is still in the White House, Chuck Schumer is never going to approve any of his judges. He’ll block every single one of them. Colorado was ground zero. We know that Chuck Schumer thinks his path to becoming majority leader is by winning Colorado. We’re not going to let that happen.”
— Sen. Cory Gardner to Jefferson County GOP, March 27, 2020 (at 10:45)

Gardner also bragged about helping Moscow Mitch block Obama’s judicial nominees along with helping Brett Kavanaugh get on the Supreme Court. While we are on the subject of Gardner’s record, he’s not changing his stance on this:

The Trump Administration’s decision yesterday not to allow open enrollment for health insurance under Obamacare, despite pressure to give uninsured Americans the chance to become insured as the health crisis deepens, has left Obamacare advocates wondering again whether Sen. Cory Gardner (R-CO) is considering reversing his longstanding opposition to the national health care law–and if he supports Gov. Jared Polis’ (D-CO) decision to allow uninsured Coloradans to enroll in Obamacare now in a “special enrollment” period.

It appears that the last time Gardner made a public comment on Obamacare was back in May, well before the coronavirus crisis.

At the time, he said of the Affordable Care Act (ACA), “Instead of trying to protect something [Obamacare] that has failed over the last eight years or ten years, let’s figure out a better way for the American people.”

But the question is much more salient now, with the virus as well as a Supreme Court decision expected soon that may gut the ACA.

Just last week, Trump was asked if he’d “consider rethinking” his support for that lawsuit, and his answer mirrors Gardner’s ACA stance in the past insofar as it fails to specify a specific health care plan that offers, in Gardner’s words, a “better way for the American people.”

Let’s make Gardner’s worst nightmare come true and help make Schumer Majority Leader. Click below to donate and get involved with the Colorado Democrat of your choice: 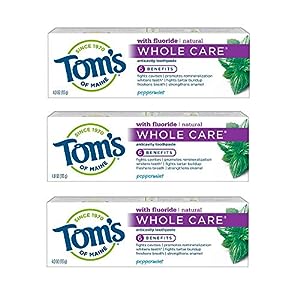