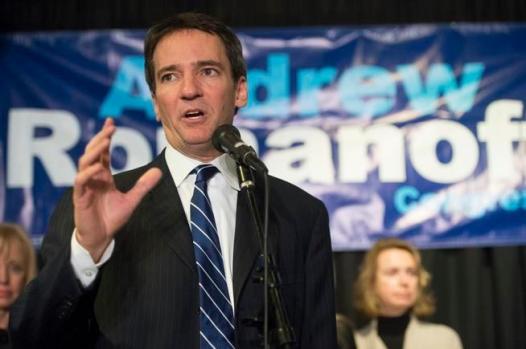 Received e-mails from the top two candidates for U.S. Senate in Colorado today. The first one if from former Colorado House Speaker Andrew Romanoff (D. CO):

Did Donald Trump withhold foreign aid in order to force an investigation into a political rival? The evidence says yes—which must be why Cory Gardner doesn’t want to hear it.

Gardner voted last week to block the witnesses and documents a fair trial requires. But now he may get a do-over.

A new book shows the President demanding that Ukraine investigate the Bidens—and this time the evidence comes from Trump’s own former national security advisor, John Bolton. The Senate should subpoena both Bolton and his manuscript.

Join us in urging Gardner to support these subpoenas.

Gardner and his Republican colleagues had a chance to subpoena Bolton last week. They voted no, and they’re not likely to budge now.

But we can’t let the President or the Senate off the hook. The White House is engaged in a cover-up, and Cory Gardner’s silence is complicity.

The next one came from former Governor John Hickenlooper (D. CO):

New York Times Breaking News: “President Donald Trump said he wanted to keep aid to Ukraine frozen until its officials helped him with investigations into Democrats, John Bolton wrote in an unpublished manuscript of a new book”

With this bombshell report, we now know what John Bolton heard and saw as it relates to Trump’s impeachment trial and the withholding of aid to Ukraine’s government.

Heck, we’ll be able to buy it in a book soon!

Yet, Washington Republicans like Cory Gardner are still preventing firsthand witnesses like Bolton from telling their story to the American people as part of this impeachment trial.

Demand Senate Republicans like Gardner allow firsthand witnesses like John Bolton to testify and tell us the truth as part of Trump’s impeachment trial. Sign your name here:

If firsthand witnesses like Bolton don’t testify as part of this trial, then this is nothing but another sham from Washington Republicans. It’s time for Gardner and others to do the right thing.

Thanks for taking action.

(43136)
$0.00 (as of May 20, 2022 02:25 GMT -04:00 - More infoProduct prices and availability are accurate as of the date/time indicated and are subject to change. Any price and availability information displayed on [relevant Amazon Site(s), as applicable] at the time of purchase will apply to the purchase of this product.)