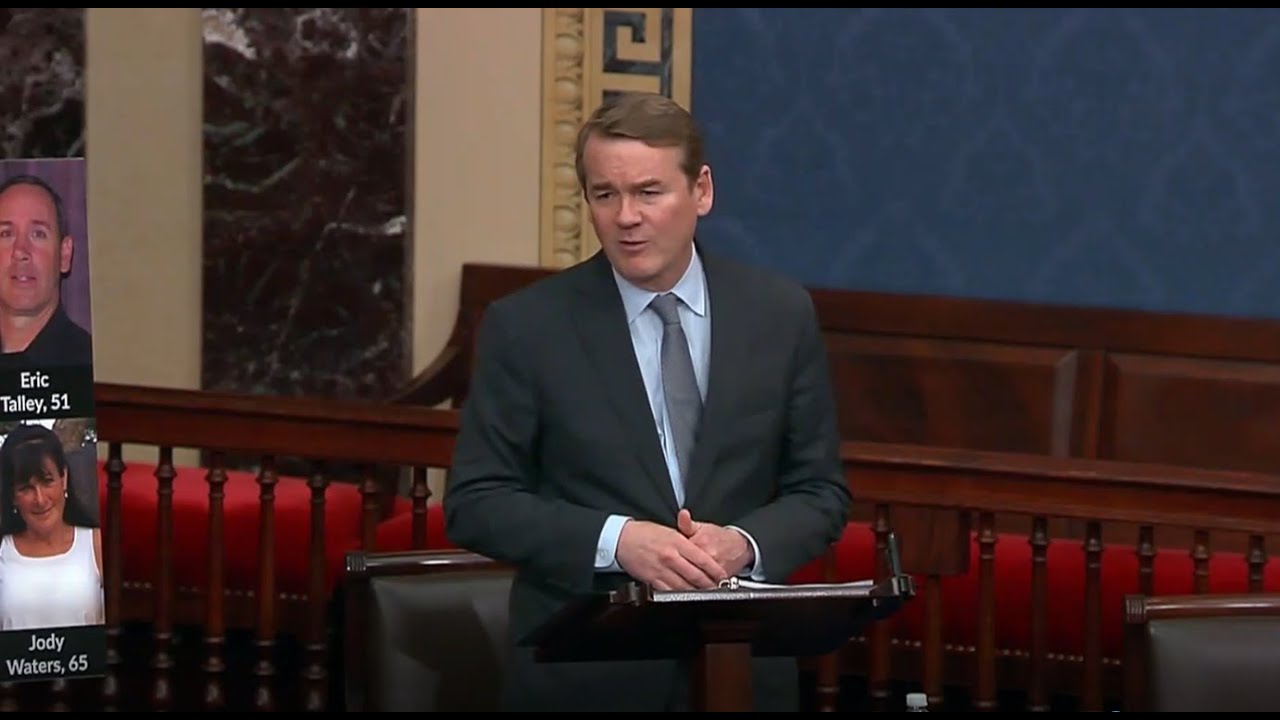 I wanted to make sure you all saw this:

Colorado Sen. Michael Bennet on Wednesday called on the Senate to act in the wake of a mass shooting at a supermarket in his state, asserting in an impassioned speech from the chamber floor that his colleagues have a moral obligation to a generation of young Americans who have lived through dozens of such attacks.
“Boulder will heal but this scar will always be there — my daughter’s generation will always bear the burden of a national government that did nothing to protect them. They and the children that I used to work for at the Denver Public Schools, they carry a burden that we didn’t carry,” the Colorado Democrat said, referencing his previous work as superintendent of the school district.
“They have grown up with a reasonable fear that they will be shot in their classrooms or in their schools or at a movie theater or in any public place. I didn’t grow up in an America with more gun-related deaths than virtually any country in this world, and we can’t accept it for their America,” he continued.

Here’s some more from Bennet’s speech:

I want America to know what extraordinary human beings we lost this week in Boulder.

They represent the best of Colorado. My heart goes out to their families and the entire community. Boulder will heal, but the scar will remain. pic.twitter.com/LSKMd235JJ

Bennet invoked the actions of Boulder police officer Eric Talley, a 51-year-old father of seven and the first law enforcement officer to respond to the scene.

“When the bullets rang out, he rushed into action — first on the scene, saving countless lives at the cost of his own,” Bennet said.

He said he wasn’t asking fellow lawmakers to show the courage Talley displayed on Monday or the courage other members of law enforcement show on a daily basis.

“I’m just asking us to show an ounce of their courage, by doing whatever we can to keep weapons of war out of our communities; to pass universal background checks; to limit the size of magazines; to address the epidemic crisis of mental health in this country. It seems like that would be the least that we could do.”

Bennet recalled the 1999 shootings at Columbine High School, which took place right before his oldest daughter, Caroline, was born.

“She is 21 years old,” Bennet said, “and her entire generation has grown up in the shadow of gun violence — something none of us had to do.”

Bennet said it became apparent a few years ago that “we began to somehow accept this as normal,” when no one even mentioned the shooting the day after a 2017 massacre that left 59 dead at a Las Vegas hotel.

“We can’t move on,” Bennet said. “Boulder will heal but this scar will always be there. My daughter’s generation will always bear the burden of a national government that did nothing to protect them.”

You can click here to read the full speech transcript.

Bennet’s speech was also meant to renew the call to do something about gun control:

As authorities continue to investigate the mass shooting that killed 10 people in Boulder, Colo., lawmakers from there to Washington, including President Biden, are pressing for legislative action banning assault weapons. The gun linked to the shooting suspect would have been included in a city assault-weapons ban that was blocked by a judge just days before.
Boulder Mayor Sam Weaver (D) said the city would appeal that ruling to the state Supreme Court, and he echoed Biden’s calls for a federal ban. And Sen. Michael F. Bennet (D-Colo.) gave an impassioned speech on the Senate floor, saying “we can’t wait any longer” to pass stricter gun-control legislation and scolding his colleagues for leaving a generation to “bear the burden of a national government that did nothing to protect them.”

Sen. Michael F. Bennet (D-Colo.): “If people continue for their own political reasons to make it impossible for the majority to exercise its will, filibuster reform may have to be on the table.” (September)

Sen. John Hickenlooper (D-Colo.): “If push comes to shove, I have to look at everything.” (September)

The call for filibuster reform has been growing, Two more opponents of getting rid of the filibuster have finally been coming around to the reality. First, U.S. Senator Dianne Feinstein (D. CA):

The California Democrat said that, ideally, the Senate would come together in a bipartisan manner to pass legislation on gun background checks and voting rights, among other things.

“But if that proves impossible and Republicans continue to abuse the filibuster by requiring cloture votes, I’m open to changing the way the Senate filibuster rules are used,” Feinstein said in a statement Friday, saying a talking filibuster should be considered, pointing to Biden’s support for it. “I don’t want to turn away from Senate traditions, but I also don’t believe one party should be able to prevent votes on important bills by abusing the filibuster.”

Feinstein, who has served in the Senate for nearly three decades and previously backed the filibuster, had told POLITICO earlier in the week that she hadn’t made a call on filibuster reform. But she said she was “hesitant” about changing the filibuster because of what could happen when Republicans take power in the Senate. In an interview earlier this week on ABC, Biden said he’d be open to a return to the talking filibuster, which forced lawmakers to hold the floor to stymie a bill.

King, who has long been viewed as wary of changing the filibuster, laid out his thinking in a Washington Post op-ed, saying he viewed voting rights as a “special case.”

“All-out opposition to reasonable voting rights protections cannot be enabled by the filibuster; if forced to choose between a Senate rule and democracy itself, I know where I will come down,” King wrote.

Let’s making filibuster reform a reality so we can pass real gun control legislation and protect voting rights. Click here to contact your Democratic Senator to make sure they are on board.

(43212)
(as of May 21, 2022 00:02 GMT -04:00 - More infoProduct prices and availability are accurate as of the date/time indicated and are subject to change. Any price and availability information displayed on [relevant Amazon Site(s), as applicable] at the time of purchase will apply to the purchase of this product.)