CO, NC, ME & AZ-Sen: GOP Senators Are Starting To Realize That Bear Hugging Trump Is A Bad Idea

It’s starting to sink in:

And he’s not alone.

Sen. Thom Tillis of North Carolina is reviving his proposal for an immigration deal as part of talks to reopen the government. Centrist Sen. Susan Collins, who did not support Trump in 2016, faces a delicate balancing. In Arizona, Sen. Martha McSally has to consider her proximity to Trump as she runs to keep the seat she was appointed to after having lost to a Democrat in November.

As Republican senators set out to run for re-election in states where views on Trump are mixed, they’re trying to figure out how closely to align themselves with Trump.

“I made it clear when I ran for Senate that, when my party’s wrong, I’m going to say it,” Gardner said in an interview.

Gardner is one of two Republican senators up for re-election in states won by Democrat Hillary Clinton in the last presidential election; Collins is the other.

And one Senate Republican already know what happens when you stick with Trump all the way:

Democrats are expected to target Tillis and McSally, representing states where demographics are shifting against Republicans and where Democrats recently won statewide elections. Democrats also hope to field a strong candidate against Sen. David Purdue in Georgia, which has been trending their way, and are watching Kansas, where Secretary of State Mike Pompeo has been mentioned as a possible contender for a seat opening up due to a retirement.

Mike Noble, a Republican pollster in Arizona, said the 2020 election in Arizona probably will be a repeat of what McSally just encountered in 2018. She hewed close to Trump to survive a GOP primary but was rejected by voters in the general election.

“This is just a replication of the situation she was put in during the campaign,” Noble said.

What’s ironic about this coming election cycle is that Gardner was the NRSC Chairman who recruited these Republicans and gave them the blessing to bear hug Trump. He probably gave Dean Heller (R. NV) the same advice. Now, he’s in the hot seat for re-election and he became the U.S. Senator from Colorado because of Mark Udall (D. CO) trying to run a poorly orchestrated, defense campaign. Whoever emerges as the Democratic nominee will run with whoever the Democratic nominee is in 2020 because it’s safe to assume Colorado is going blue again. McSally might learn a lesson from last time but Democrats are already working on recruiting a strong candidate:

“It went great,” Gallego said of the meeting. “I’m strongly considering it.”

“I’m basically making the final decision and we’ll have that in the next couple weeks,” he added.

Gallego, who was elected to his third House term in November, is the son of Hispanic immigrants, a Harvard graduate, and a Marine combat veteran who served in Iraq.

Gardner, Tillis, McSally, and Collins shouldn’t be the only Senate Republicans worried about the impact Trump could have on their re-election campaigns. I would add Senator Joni Ernst (R. IA) and David Perdue (R. GA) to the list. Especially with Trump looking bad in Georgia:

More voters in Georgia, a GOP-leaning state, view President Trumpunfavorably than Speaker Nancy Pelosi (D-Calif.), according to a a new poll released Friday by the Atlanta Journal-Constitution.

The poll found that 55.6 percent of respondents view Trump unfavorably, compared to 37.4 percent who view him favorably.

AJC surveyed 702 registered voters between Jan. 7 and 17. The margin of error is 3.7 percentage points for the sample.

The poll comes amid a furious fight over the partial government shutdown between Trump and Pelosi, the two most powerful political leaders in Washington.

Former gubernatorial candidate and possible U.S. Senate candidate, Stacey Abrams (D. GA) scored a 51.9% approval in the same poll. Perdue should be nervous because Abrams has already laid the groundwork for another run:

Stacey Abrams is publicly weighing a bid for the U.S. Senate, but at the kickoff of her statewide “thank you” tour on Monday the Democrat kept her focus squarely on her rival in last year’s race for governor.

She didn’t mention U.S. Sen. David Perdue’s name as she addressed a crowd of more than 200 supporters in a downtown Albany restaurant, instead aiming her criticism at Gov. Brian Kemp, who narrowly defeated Abrams in November.

Abrams criticized Kemp for refusing to expand the Medicaid program, blasted him for not pushing new criminal justice reforms and challenged the crowd to demand that he follow through on his pivot to more conciliatory language and centrist policies.

And she drew applause as she slammed Kemp for refusing to resign as secretary of state before the vote, which she has said allowed him to use the state’s election laws to suppress and intimidate her supporters.

“The system is rigged, but now we know what they’re doing, and we will get it undone,” she said. “And that will only happen if they don’t believe we are going to go home and sit still.”

Abrams has been under intense pressure from donors, elected officials and supporters to challenge Perdue in 2020 after she won more votes than any other Democratic candidate in Georgia history. She has set a late March deadline to make up her mind.

2020 needs to be another big Blue Wave year for us. We have to win the White House, continue to grow our majority in Congress and win the U.S. Senate. We have a better map but it’s still going to take a lot of work to make it happen. Stay tuned. 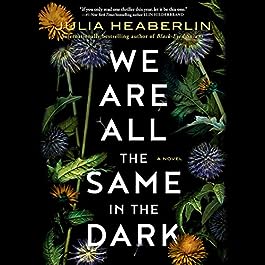