Some very good news today out of Colorado:

The live telephone survey of 600 likely voters was conducted by Keating Research and Magellan Strategies between Sept. 18 and Sept. 20. The results are weighted to reflect historic voter turnout during non-presidential election years. It was commissioned by Healthier Colorado, a nonpartisan health care advocacy organization.

While the poll gives Polis an edge, 47 percent to 40 percent, its margin of error is plus or minus 4 percentage points. Coupled with the 11 percent of voters who said they were undecided, the survey shows the race for the governor’s mansion is competitive.

Political observers have argued since the primary that Stapleton’s path to victory would be more difficult because of demographic trends favoring Democrats. One of the most striking data points is Polis’ lead among unaffiliated women: 48 percent said they were likely to vote for Polis, while 22 percent said they were inclined to vote for Stapleton.

Let’s make sure the Blue Wave comes to Colorado, Click below to donate and get involved with Polis and his fellow Colorado Democrats campaigns:

Jena Griswold for Secretary of State 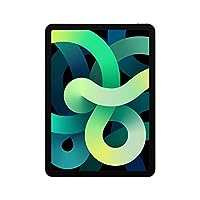