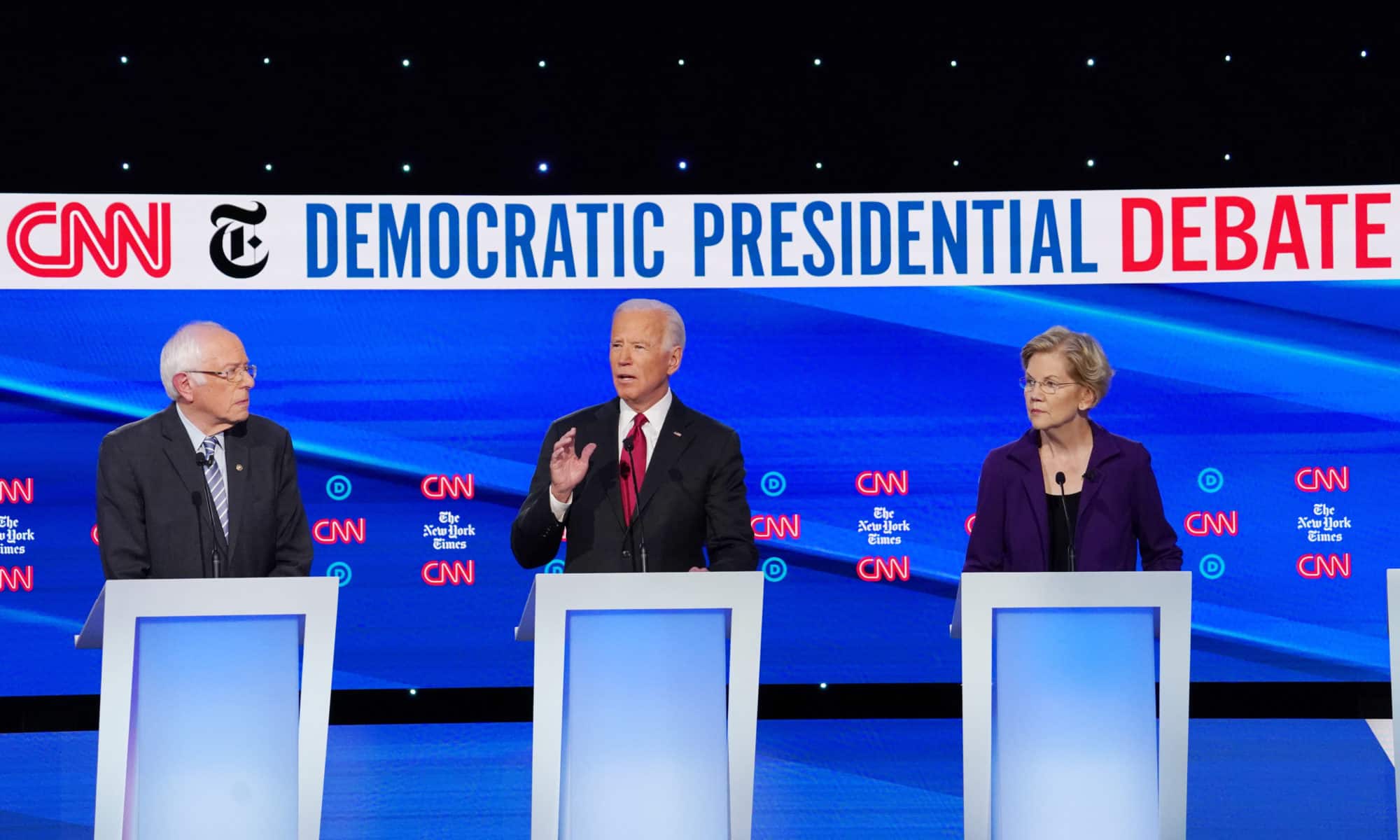 Tell The DNC And The News Networks:
We Need Debates About The Real World!
Questions About Poverty And Homelessness
A Complete Debate On The Climate Emergency

When it comes to Presidential debates, Progressive Democrats of America (PDA) simply wants one thing: that the people auditioning for the most powerful position in the world address the major issues facing the country and the planet.

Yet there has not been a single question through four cycles of debates on the endemic problem of widespread poverty in America.

Astonishingly, there was not a single question related to the climate emergency on Tuesday evening. Astonishing because when DNC Chair Tom Perez refused to sanction a full debate devoted to the subject, his primary defense was that climate was already adequately addressed in the current format. It clearly isn’t.

We Demand A Debate On The Climate Emergency

Clearly, we need an entire debate devoted to the candidates’ willingness to lead the fundamental re-organization of American society that the Climate Emergency has made necessary.

We are not naive; we have no illusions about why we have this sorry state of affairs. The “moderate” neoliberal wing of the Democratic party has shared power with the paleo-conservative Republican party over the past 4 decades.

During this time, the crisis of poverty has only grown worse, as has the Climate Emergency.

For the first time in recent memory, progressives are challenging the corporatists for control of the Democratic Party. In marked contrast to the democratic status quo, progressives have developed programs to eradicate poverty and cease the use of fossil fuels.

The current Democratic Party leadership remains in the hands of the “moderate” and conservative wings of the party, and they set the terms of these debates.

They understand that if questions are asked about poverty, or if a whole debate was designated for the climate emergency, that the progressives would shine, and the rest of the candidates would be exposed as simply calling for the maintenance of the current, unacceptable state of affairs.

There’s only one way at this hour for us to influence these debates: that is to put unrelenting pressure on the DNC and the media organizations hosting these debates to pose the questions that Americans, and indeed people around the world, need to be answered.

Please sign and circulate our petition calling for debate questions about the realities of American poverty.

Also, join with our coalition of allied environmental organizations in demanding a debate on the Climate Emergency.

PDA helps you make a huge difference with Educate Congress letter drops, action alerts, and coalition efforts with dozens of progressive organizations. Email Mike Fox to get active with our ongoing coalition actions! Can’t help organize an event? Then Click Here to pitch in $250, $50, or whatever you can afford to support PDA’s issue organizing.

P.S.: The 2020 election cycle is starting. Join PDA investing to recruit and elect progressives in 2020.

(43136)
$0.00 (as of May 20, 2022 04:26 GMT -04:00 - More infoProduct prices and availability are accurate as of the date/time indicated and are subject to change. Any price and availability information displayed on [relevant Amazon Site(s), as applicable] at the time of purchase will apply to the purchase of this product.)