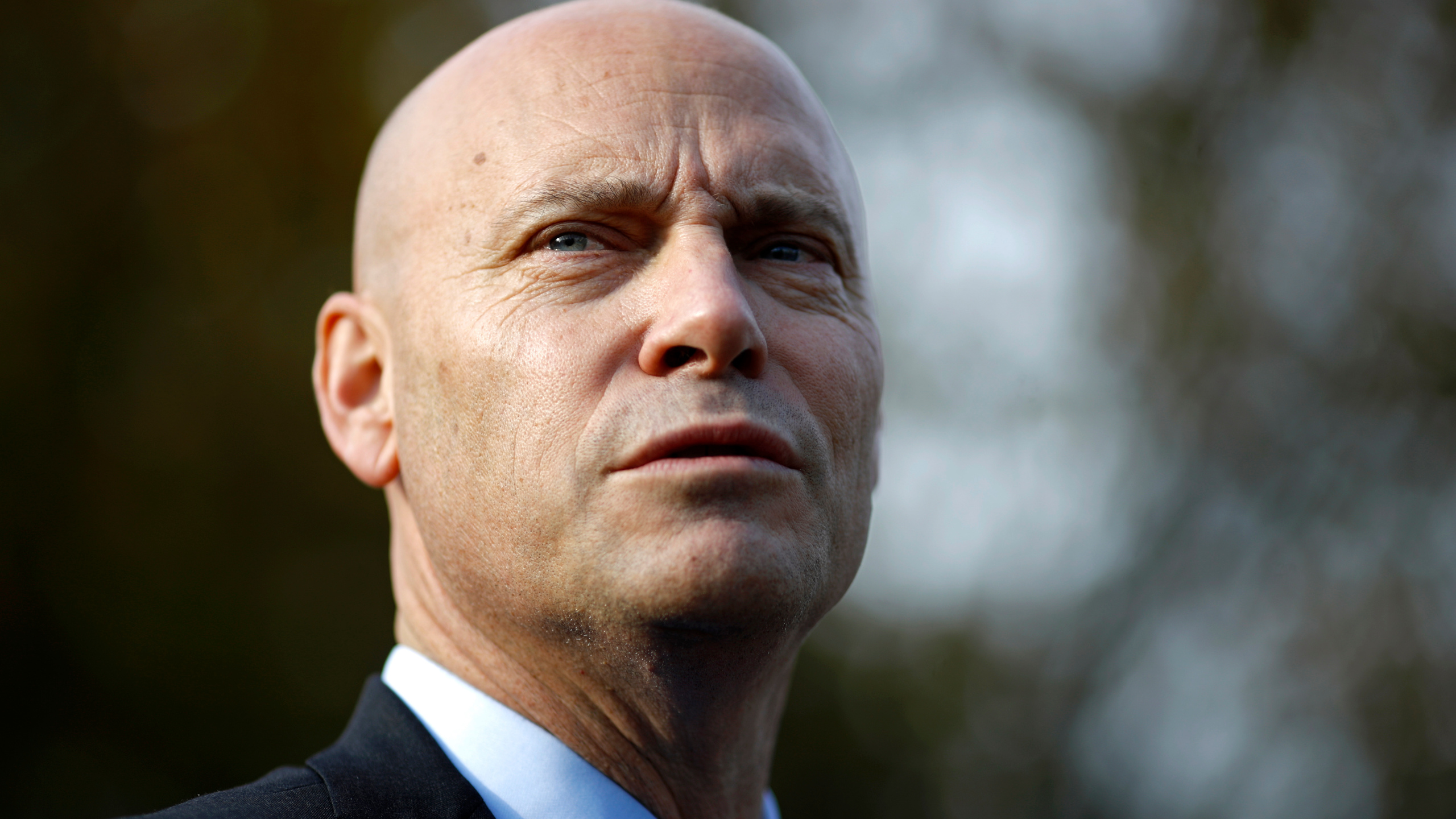 If you’re a Republican and you don’t at least try to pretend the 2020 election was stolen from Donald Trump, you’re likely to be castigated—and maybe even censured—by a phalanx of zombie dead-enders in your own party.

It’s a problem for Republicans who know better—and I can only assume Donald Trump’s milquetoast toady once removed, former Pence chief of staff Marc Short, is among these characters.

It’s an uncomfortable situation to be in. It’s as if the dude jerking off in the bathroom stall at 7-Eleven somehow held enormous sway over 75 percent of Democratic voters, and you had to nod and smile as he explained how Spiro Agnew’s ghost is making him fill this Big Gulp in order to seed a hybrid race of humanzee super soldiers who will be specially trained to defend future U.S. Jupiter moon colonies as soon as the time portal inside the nacho kiosk is completed.

That said, they made their bed, and this is the result.

CNN weekend anchor Pamela Brown invited Short on her show yesterday, and needless to say, she was ready for his nonsense:
https://twitter.com/marceelias/status/1363306572169023490?ref_src=twsrc%5Etfw

SHORT: “Pamela, I think the American people were deprived the right to actually hear a debate about those improprieties that happened in the November election …”

BROWN: “What do you mean by that? How are they not able to take part? There were more than 60 cases. This was played out in court, it was being talked about openly. What do you mean?”

SHORT: “Well, I think there are a couple of examples that were most concerning to us. One is in Pennsylvania, where in essence the courts overstepped their bounds and usually the determination of what happens in a state election is determined by the state legislators, and the courts unilaterally deciding they’re going to extend receipt of mail-in ballots for an extra three days.”

BROWN: “Yeah, but those ballots, Marc … I mean, we can get into the nitty gritty, those ballots weren’t even counted in the final tally. The ballots that arrived after Election Day were not counted in the final tally. A Trump-appointed judge slammed down the case, that there is nothing here, there’s no fraud, there’s no allegation of so, and the legislature in Pennsylvania in 2019, Republican majority, passed the mail-in ballots. They were totally on board with mail-in ballots, so, go ahead.”

SHORT: “There’s a difference between being on board with mail-in ballots and a judge, judicial system, unilaterally extending the number of days you can receive them. I think that there are also concerns as far as Wisconsin, which typically has applications in order to receive a mail-in ballot in which they’re unilaterally distributed and no longer required applications. I think those are legitimate concerns …”

Wow! Real questions based in consensus reality! How does CNN do it?

Of course, Short is throwing up dishonest smokescreens while gingerly dropping Raisinets and Junior Mints into the eager, yawning mouths of the mewling baby birds who form the base of his party, and who are agitated as all get-out following four straight years of gaslighting from the Abominable Showman.

None of the so-called “improprieties” Short is discussing here would have come close to overturning the election results, but Trump supporters still need someone to kiss their owies. So GOP leaders need to keep playing these games—which, not for nothing, continue to undermine our democracy.

That someone like Short—who is presumably sane enough to fully glimpse reality—is still flogging resentment over the 2020 election is pretty sad.

But then what would you expect from the chief of staff to the saddest toady this side of Lindsey Graham?

(32700)
$348.00 (as of May 15, 2022 23:36 GMT -04:00 - More infoProduct prices and availability are accurate as of the date/time indicated and are subject to change. Any price and availability information displayed on [relevant Amazon Site(s), as applicable] at the time of purchase will apply to the purchase of this product.)