Last winter, CNN for weeks stood by its extraordinary and inexplicable decision to hire Sarah Isgur Flores, a career Republican Party operative with absolutely no journalism experience, to be the network’s political editor. A hardcore partisan, Isgur spent her career spinning for Republicans such as Ted Cruz, Mitt Romney, and Carly Fiorina. Until last year, Isgur worked as a spokesperson for then-Attorney General Jeff Sessions’ Department of Justice. CNN staffers were reportedly demoralized by the Isgur move—and for good reason, since CNN political editors should be journalists, period.

If CNN wants to hire conservatives like Isgur to go on camera and bolster Trump talking points, that's the network's choice. But to hire someone with Isgur's resume to work behind the scenes and oversee campaign coverage remains a baffling decision to this day. “Her Twitter includes fact-free invectives against liberals and repeatedly rails against the ‘abortion industry,’” The Daily Beast noted at the time.

By March, CNN acknowledged the controversy and announced that Isgur “is no longer taking a job as a political editor in the Washington bureau. Instead Isgur will be a political analyst at the network, sharing her insights through television segments like many other commentators do.”

But now, more questions are being raised about why CNN ever even considered hiring an openly partisan operative for a key campaign coverage position. The questions come as CNN continues to struggle with trying to balance its desire to employ conservative voices for political balance while also maintaining common-sense standards at the network.

We now know that while working for Trump's DOJ, Isgur played a central role in the GOP's public smearing of a longtime FBI official, Lisa Page, who had been part of a 2016 team investigating Hillary Clinton's emails, as well as examining suspicions that Donald Trump's campaign was working with Russian forces. The GOP, led by Trump, declared war on Page after it was discovered she had been texting about the election with FBI agent Peter Strzok, with whom Page was having an affair.

Seizing upon the idea that the FBI was spying on the Trump campaign as part of the nonsensical “Deep State” effort to deny him the White House, Republicans soon turned Page and Strzok into villains, while gleefully leaning into their affair. Just two months ago, “The president called out her name as he acted out an orgasm in front of thousands of people at a Minneapolis rally,” The Daily Beast noted. 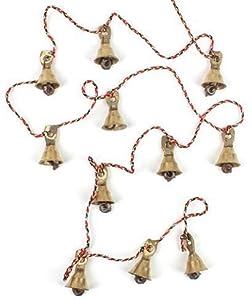