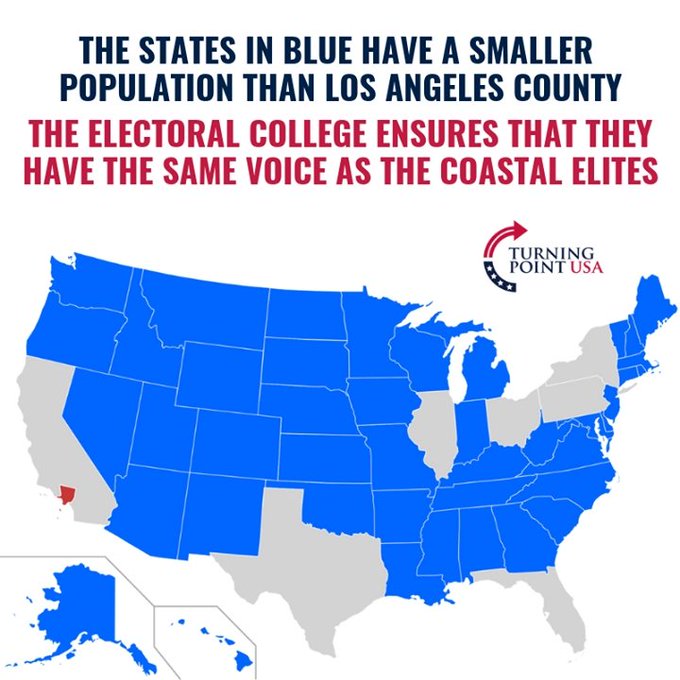 Newsweek reports that a new study finds that inversion elections where a popular vote winner loses, favor the GOP. 2020’s hope for Individual-1 lies in a repeat of marginally close outcomes in swing/battleground states.

GOP candidates for president can expect to be victorious in 65 percent of future presidential elections and University of Texas at Austin researchers analyzed why “inversions” — where the popular vote winner loses the overall election — has happened twice since 2000.

The study authors found that the Electoral College’s winner-take-all approach favors Republicans and has pushed them to victories in 2000 and 2016.

The researchers concluded that inversions will occur more and more in 2020 and beyond unless a policy change completely dissolves, rather than reforms, the Electoral College.

Dean Spears, one of the UT-Austin researchers partnered in the study, told Huffington Post there have only been four inversions in presidential elections since 1836. Two such electoral inversions occurred in Republican George W. Bush’s victory over Al Gore in 2000, and Republican Donald Trump’s defeat of Hillary Clinton in 2016.

In case you weren't already aware: There is an Electoral College majority in favor of impeaching Donald Trump. https://t.co/PT2NWLbDFY pic.twitter.com/4Nz6sfmq6l

(43214)
$0.00 (as of May 21, 2022 07:19 GMT -04:00 - More infoProduct prices and availability are accurate as of the date/time indicated and are subject to change. Any price and availability information displayed on [relevant Amazon Site(s), as applicable] at the time of purchase will apply to the purchase of this product.)