If We Ignore It, It Won’t Go Away.

Climate change is the single most important issue impacting national security, and is the single great existential thread of our times.

Senator Bernie Sanders and Reps. Earl Blumenauer and Alexandria Ocasio-Cortez have introduced a revolutionary Climate Emergency Resolution calling for a World War II style mobilization to combat the Climate Emergency and forge the path to a truly sustainable future.

What are you willing to do?

1) In The Field: Are you up for helping to hold a public event in your area, bird dog your congress person at public events during August recess, or drop a pre-written letter off to your local congressional office like Dr. Bill and his team were doing in the picture featured here?  Let us know.

2) On The Phone: Will you make short calls to congressional offices or to fellow PDA activists in favor of combating the Climate Emergency?  Let us know.

4) Can’t Volunteer?  Then please make your dollars be heard here.

We’re experiencing the most deadly heat waves in recorded history.  Ice caps are melting, and permafrost is thawing, releasing catastrophic amounts of global warming methane into the atmosphere. Sea levels are rising, and drinkable water supplies are being endangered, while other areas are gripped in record breaking drought.  The resulting migrations are stressing infrastructures and economies, and are resulting in bloodshed.

And this is only going to get worse if we don’t do something, now.

Thanks so much for anything you can do, today. 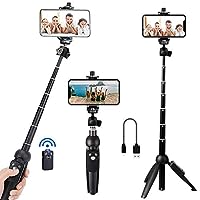