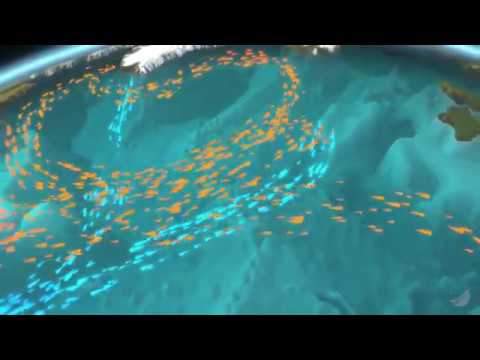 Faster than previously expected. Those four words are horrifying when it comes to describing the changes to our climate. We have been reading about these phenomena frequently lately and, they haunt with such dire consequences as increasing permafrost thaw, marine heatwaves, climate migration, increasing pressure on our food systems, to name just a few. Every one is occurring much faster than climate models suggest. I suspect that there are so much feedbacks not accounted for in current climate models that we should not be surprised anymore.

I try not to be a “doomer” when I discuss climate change. I still believe we can save some of what is left, even when the shit hits the fan if we try. But with the faster than expected daily breaking news makes me think that perhaps, in actuality, I am a Pollyanna. Because I report almost exclusively on climate chaos, I am usually wrong about timeframes of tipping points. Tipping points always tend to be happening sooner than what is in my diaries.

Anyway, I am scared to death to think of our immediate future.

Shijian Hu, a researcher from the Chinese Academy of Sciences | CAS · Institute of Oceanology, worked in coordination with other global experts using Argo floats, along with other data. They found “a global increase in wind speed over the ocean of about 2% per decade since the 1990s, which translates into about a 5% increase per decade in the speed of ocean currents”. It’s happening faster than expected.

Chris Mooney of the Washington Post writes on the findings:

The change is being driven by faster winds, which are adding more energy to the surface of the ocean. That, in turn, produces faster currents and an acceleration of ocean circulation.

“The Earth is our patient, and you look for symptoms of how it is reacting to anthropogenic greenhouse gas forcing,” said Michael McPhaden, a NOAA researcher and one author of the new study in Science Advances. “This is another symptom.”

Oceanographers have suspected that climate warming is affecting ocean circulation, but so far, observations haven’t shown a trend, says Hu Shijian, an oceanographer at the Chinese Academy of Sciences’s Institute of Oceanology and lead author of the study. The Kuroshio Current, running up Eastern Asia, has seemed stable, whereas the Agulhas, flowing along Africa’s eastern coast, has broadened, fracturing into meandering eddies. The Atlantic Ocean’s Gulf Stream may be weakening as Arctic melt slows its driver, the sinking of salty water in the North Atlantic, whereas currents in the Pacific Ocean have seen a strong uptick. Hu decided only a global view could reveal any overall trend.

No sustained, direct measurements of currents around the world are available, however. Instead, Hu’s team turned to so-called reanalyses, which combine observations of the ocean and atmosphere with computer models to fill in the gaps and produce a global picture. The approach is tricky to use for time spans of decades: Changes in observations, for example when new satellites come online, can cause unknown biases.

So Hu’s team combined five different reanalyses of ocean circulation, hoping their differing methods could reveal a true trend. From each one they extracted the ocean’s kinetic energy month by month, at a coarse scale that would ignore the turbulence of eddies and storms. And each showed a distinct rise starting around 1990.

Was it real? A look at data from the Argo array, a fleet of nearly 4000 robotic floats deployed around the world, provided the best test. The floats have been bobbing up and down in the ocean’s uppermost 2000 meters for the past 15 years, measuring temperature and salinity. They don’t track velocity through the water column. But their data do indicate where winds have piled up water, helping create differences in pressure that drive large-scale flows. By combining those data with the floats’ own current-borne trajectories, investigators can reconstruct overall currents and their speed.

The data set, compiled by oceanographer Alison Gray of the University of Washington, Seattle, covers only 6 years, from 2005 to 2010, but Hu found that it reveals an even clearer global speedup than the reanalysis models. “The evidence in the Argo data is absolutely astonishing,” says Eleanor Frajka-Williams, an oceanographer at the United Kingdom’s National Oceanography Centre, who was not part of the study.

The most important influence of changes in ocean circulation probably is on the biology,” says marine systems modeler George Nurser of the National Oceanography Centre in the UK who also was not part of the research team. For example, some fish species only spawn at particular temperatures. The accelerated movement of water masses might therefore alter spawning grounds, or it may impact the connectivity between marine ecosystems.

Aside from altered geographical distributions, food sources may be affected, says Forget. “Marine ecosystems rely on nutrients that in many ways come from below, so if you increase the mixing near the surface where marine ecosystems reside, you might expose them to more nutrients.”

Acceleration of the ocean’s circulation is not necessarily good or bad news regarding climate change, says Russell. “There are always winners and losers in these situations.” And there are likely to be ongoing debates about the effects, the major drivers of the trend, and how long it might last, she says. “But to have this paper as the launching spot for those debates is marvelous.”

NASA has new information on arctic melt and how it is changing ocean currents in the Beaufort Gyre.

A major ocean current in the Arctic is faster and more turbulent as a result of rapid sea ice melt, a new study from NASA shows. The current is part of a delicate Arctic environment that is now flooded with fresh water, an effect of human-caused climate change.

Using 12 years of satellite data, scientists have measured how this circular current, called the Beaufort Gyre, has precariously balanced an influx of unprecedented amounts of cold, fresh water — a change that could alter the currents in the Atlantic Ocean and cool the climate of Western Europe.

The Beaufort Gyre keeps the polar environment in equilibrium by storing fresh water near the surface of the ocean. Wind blows the gyre in a clockwise direction around the western Arctic Ocean, north of Canada and Alaska, where it naturally collects fresh water from glacial melt, river runoff and precipitation. This fresh water is important in the Arctic in part because it floats above the warmer, salty water and helps to protect the sea ice from melting, which in turn helps regulate Earth’s climate. The gyre then slowly releases this fresh water into the Atlantic Ocean over a period of decades, allowing the Atlantic Ocean currents to carry it away in small amounts.

But the since the 1990s, the gyre has accumulated a large amount of fresh water — 1,920 cubic miles (8,000 cubic kilometers) — or almost twice the volume of Lake Michigan. The new study, published in Nature Communications, found that the cause of this gain in freshwater concentration is the loss of sea ice in summer and autumn. This decades-long decline of the Arctic’s summertime sea ice coverhas left the Beaufort Gyre more exposed to the wind, which spins the gyre faster and traps the fresh water in its current.

Persistent westerly winds have also dragged the current in one direction for over 20 years, increasing the speed and size of the clockwise current and preventing the fresh water from leaving the Arctic Ocean. This decades-long western wind is unusual for the region, where previously, the winds changed direction every five to seven years.

“If the Beaufort Gyre were to release the excess fresh water into the Atlantic Ocean, it could potentially slow down its circulation. And that would have hemisphere-wide implications for the climate, especially in Western Europe,” said Tom Armitage, lead author of the study and polar scientist at NASA’s Jet Propulsion Laboratory in Pasadena, California.

This important current is called the Atlantic Meridional Overturning Circulation and helps regulate the planet’s climate by carrying heat from the tropically-warmed water to northern latitudes like Europe and North America. If slowed enough, it could negatively impact marine life and the communities that depend it.

“We don’t expect a shutting down of the Gulf Stream, but we do expect impacts. That’s why we’re monitoring the Beaufort Gyre so closely,” said Alek Petty, a co-author on the paper and polar scientist at NASA’s Goddard Space Flight Center in Greenbelt, Maryland.