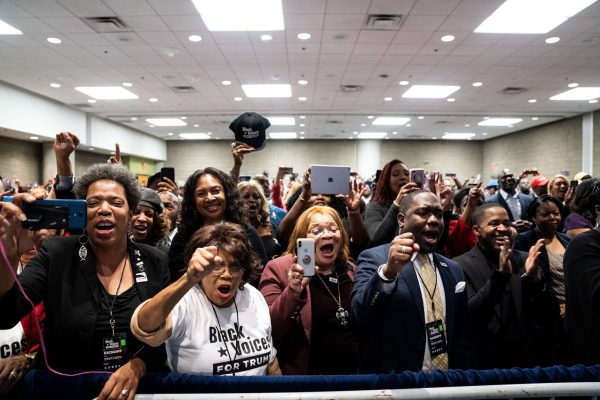 Chuck Todd went through a poll showing Biden strong black support. It would seem to conclude that blacks should be Republicans. This is the second time Chuck has issued a statement about small “c” conservatism of some sect in the Democratic Party. There are several reasons why Joe Biden’s black support is strong. Here is the deal.

First of all, one should remember that in 2008 President Obama’s transformational Hope & Change message while resonating with the majority seemed unrealistic to the most aggrieved. As such, they stuck with Hillary Clinton expecting just at best incremental change, not backsliding at worst.

The same applies to Joe Biden. They can endure a status quo with Joe Biden, but will progressives who support policies that will substantially improve their lives get anything done or lead to an eventual slide. Those are the questions those who know they are aggrieved, the first to feel the pain of negative change of the social or economic structure must live with day in and day out.

Of course, there are also the remnants of oppression. One can never discount peer pressure, sold-out leadership, and the Stockholm syndrome. It affects all cultures, sub-cultures, and identities.

A point was made in the program that the Democratic Party must heed. Black voters when it comes to many social issues are more conservative than most believe and as such, there is a natural symbiosis with some Republican tenets. The Party of Trump will continue to shrink. A reestablished Republican Party could completely change the dynamics of the allegiances of the American electorate.