TRUMP IS NOT A RACIST! Here's Why

Chuck Todd presented the admiral with some reality

Chuck Todd had a lengthy interview with Assistant Secretary for Health Admiral Brett P. Giroir. To be clear, the admiral seems like he was living in an alternate reality.

It is clear that while Europe has the COVID-19 pandemic under control, the United States is still in some sort of exponential acceleration. The number are there for all to see. In that light one has to believe that the American people lack some modicum of intelligence as they spin failure as success post the pandemic being acknowledged in the United States.

The exchange in the clip above is probative. Please listen to it in its entirety. There is also my narrative at the end.

“The president himself has been, has been at times acting like almost an opponent to mask-wearing,” Chuck Todd said. “How much did that set us back, our — this political debate about mask-wearing over that three-month period?”

“Well, I think the public health people have been very, very clear that mask-wearing is very — is essential. It's very important, that we can really decrease the transmission,” the admiral said.”

Combined with the testing that we have right now to tell us exactly when a hot spot is starting. And our commercial labs have done a great job in doing that, doing about half our testing. Combining with that, we have a really good signal radar to know where to surge in, combined with the techniques that we have. And, again, we're sending out COVID response assistance teams. We sent it out to 10 different locations last week. We're going to do another nine. That's 19 major metroplexes. You know, we know what to do with this, but we've got to have people on board doing it.”

The admiral then continues.

“And if you do get sick, the good news is we know how to treat you better on the ventilator. We have dexamethasone, remdesivir,” the admiral said. “The mortality rate is going very, very much down. But all this, look, I'm not trying to paint a rosy picture. But we are definitely in a better spot than we were in March and April, but we have to take this incredibly seriously. And I think everyone in the country is doing that.”

“Admiral, I understand that you believe, and I'm sure on logistics, that we are in a better place, that we have some of these things, that we've streamlined this process,” Todd said exasperatedly. “But results, sir. Look at Europe and look at us. Why do we have such a different and poorer outcome than Europe?”

The admiral came back with a cooked answer.

“Well, first of all, if you look at much of Europe right now, you're seeing some resurgence in cases,” the admiral said. “So I think the book is still out on that. This virus is not done with humanity yet.”

It is clear that he paints a rosy scenario. But the reality is that the country is burning and we firefighters and hose to put it out now. And this administration is incapable of doing so. 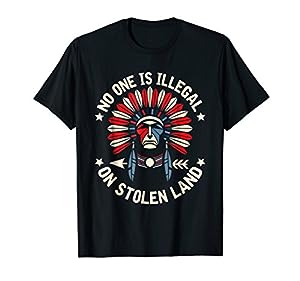 No One Is Illegal On Stolen Land Indigenous Immigr...