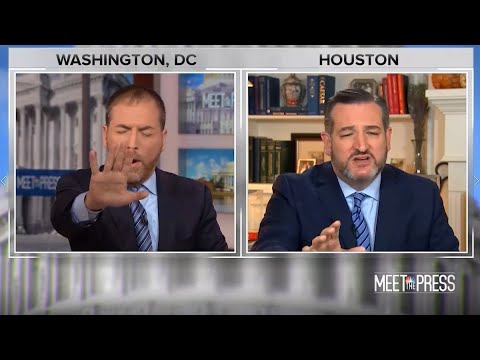 Chuck Todd gave Ted Cruz more than he expected as he did not get the normal treatment he was used to on Meet The Press.  He kept Cruz off balance for the entire interview. At the interview’s closing, Cruz did not even respond to Todd thanking him for the interview.

Here are some examples of Chuck Todd’s challenging Ted Cruz at every turn.

Chuck Todd was uncharacteristically but necessarily combative in this interview.

Todd did not allow the lie to stand.

Chuck Todd later interrupted Cruz to correct the lies the Republicans have been spinning on impeachment.

I do not give Chuck Todd kudos often. Here, it is well deserved.