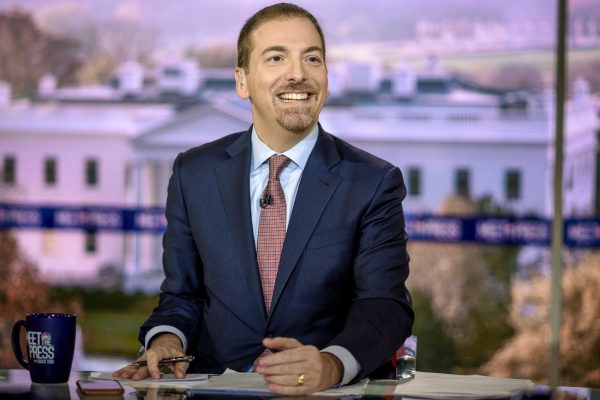 I am generally tough on the host of NBC’s Meet the Press and MSNBC’s Meet The Press Daily, Chuck Todd. His piece on the new McCarthyism, however, is very important. Most importantly it was very well done.

Maybe if we remember to give positive acknowledgment when due, then corporate media, the wards of the corporatocracy’s faces will at least try to be a bit more objective than they normally are. Some balance is needed so that some other voices get through.

“Tonight I am obsessed with a term I have been hearing a lot, “Chuck Todd said. “One that has been banging about without much intellectual honesty or care.”

Chuck then cuts to Sean Hannity, Tucker Carlson, and others talking about modern-day McCarthyism of course in a disingenuous fashion.

What is the real definition of McCarthyism?

According to Wikipedia McCarthyism is the practice of making accusations of subversion or treason without proper regard for evidence. The term refers to U.S. Senator Joseph McCarthy (R-Wisconsin) and has its origins in the period in the United States known as the Second Red Scare, lasting from the late 1940s through the 1950s. It was characterized by heightened political repression and a campaign spreading fear of Communist influence on American institutions and of espionage by Soviet agents. After the mid-1950s, McCarthyism began to decline, mainly due to the gradual loss of public popularity and opposition from the U.S. Supreme Court led by Chief Justice Earl Warren. The Warren Court made a series of rulings that helped bring an end to McCarthyism.

Chuck Todd continued his piece and showing the deceptive manner in which from the president to the politicians to journalists, they are following the protocol lockstep and barrel. Kudos to Todd on this one.

(32700)
$348.00 (as of May 15, 2022 23:06 GMT -04:00 - More infoProduct prices and availability are accurate as of the date/time indicated and are subject to change. Any price and availability information displayed on [relevant Amazon Site(s), as applicable] at the time of purchase will apply to the purchase of this product.)