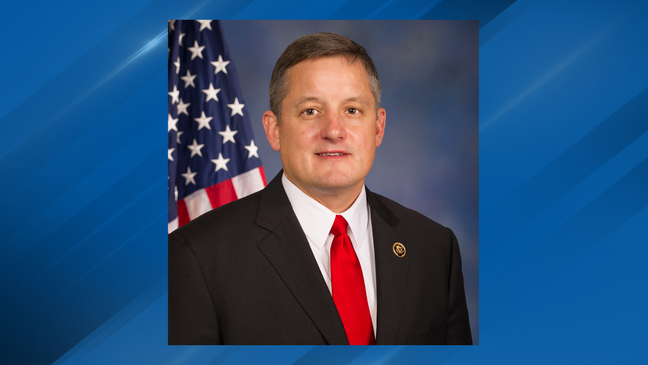 Armed with a civil war sword, Bruce Westerman (R-AR) crouched on a commode, ready for a last stand because the lost cause insurrectionists were crashing and trashing Capitol offices. Minority Leader Kevin McCarthy abandoned Westerman to an uncertain fate, because McCarthy’s security deemed him not important enough to save. ““Westerman, the only licensed forester in Congress, touts planting trees as the most ‘pragmatic, proactive approach’ to removing planet-warming carbon from the atmosphere.”. Chances are Westerman was prepared to slash his way out of the Capitol that 6th of January even as the more important question is the conversation then between McCarthy and previous guy.

“After the House chamber was evacuated on Jan. 6, Mr. McCarthy retreated to his Capitol office with a colleague, Rep. Bruce Westerman, Republican of Arkansas. When it became evident the rioters were breaking in, Mr. McCarthy's security detail insisted he leave. But Mr. Westerman was left behind in Mr. McCarthy's inner work area, he said in a recent interview,” the article reported. “For protection, Mr. Westerman said he commandeered a Civil War sword from an office display, barricaded himself in Mr. McCarthy's private bathroom and waited out the siege while crouched on the toilet.”

“For protection, Mr. Westerman said he commandeered a Civil War sword from an office display, barricaded himself in Mr. McCarthy’s private bathroom and waited out the siege while crouched on the toilet.”https://t.co/CMUdh9yaSD

Rep. Bruce Westerman (R-AR) grabbed a Civil War sword from a display and hid on a toilet in House Minority Leader Kevin McCarthy’s office on Jan. 6, per the NYT.

He later voted against impeaching Trump for inciting the insurrection.@highbrow_nobrowhttps://t.co/oFga2HijYU

A laughing Morning Joe rips Kevin McCarthy to pieces over his “pathetic” defense of Trump https://t.co/nfiNXUFr9Z

In other perfidy, Wayne LaPierre could kill off the GOP as an unintended consequence of his poor marksmanship being no better than his leadership.

Previously secret video footage suggests that behind the N.R.A. chief Wayne LaPierre’s Everyman image is a coddled executive who is clumsy with a firearm, and who lives in fear of the violent political climate he has helped create. https://t.co/okgtRncjfw

In other bailing, the writer of a NY Post lie about Kamala Harris books at the border chose to resign over it.

Some thoughts from somebody who’s twice faced (smaller) moral dilemmas while within the Murdoch maw.

1/ If you think @Italiano_Laura should’ve just refused to write it, consider: somebody else would’ve, and they might have punished or fired her, and we might never have known. pic.twitter.com/emP4d4VHIk

(43291)
$0.00 (as of May 22, 2022 04:45 GMT -04:00 - More infoProduct prices and availability are accurate as of the date/time indicated and are subject to change. Any price and availability information displayed on [relevant Amazon Site(s), as applicable] at the time of purchase will apply to the purchase of this product.)