Pierce begins his short essay on remembrance and Thanksgiving in Esquire Magazine with a quote from Mark Twain, who, in his inestimable and concise manner carves to the bone to get at the essence of this holiday….

“Thanksgiving Day became a habit, for the reason that in the course of time, as the years drifted on, it was perceived that the exterminating had ceased to be mutual and was all on the white man’s side, consequently on the Lord’s side; hence it was proper to thank the Lord for it and extend the usual annual compliments. —Mark Twain”

Charles then reminds us of the reasons each group of immigrants to this country had for coming here, and, to varying degrees, participated in this extermination, so that they may have the luxury of distancing their own oppression.

Pierce then congratulates the two Native American women, Sharice Davids and Deb Haaland, who become the first indigenous women elected to the Congress of the government that helped to carry out this atrocity -one they will not forget – and the very sort of crime so many of us came here to escape:

“And the Native people, pushed and crowded and eventually ground up in the wheels on endless reinvention, remembered what had happened to them and why. And, in November, two Native American women were elected to serve in the House of Representatives in the Congress of the United States, and their memories will come with them as they help to write the laws for the country that slaughtered their ancestors.”

He concludes by reminding us to hold on to our memories during the onslaught of overpopulated news cycles and barrages of outrageous lies and ridiculous assertions seemed designed to overwhelm and bury them:

”So, this Thanksgiving, I’m thankful for memories, good and bad, and for the common history they comprise, good and bad, peaceful and bloody. They are the best weapons against a politics gone mad and a president* gone mad with it. We find even our collective short-term memory overwhelmed by events, day after day. The president*’s main refuge is the constant present tense, and it is a redoubtable one. But it’s not an impregnable one. The arsenal of history, individual and collective, is becoming arrayed against it, and that arsenal’s primary weapon is our memory, of who we are and what we were, so we can define whom we want to become. It is still there, waiting to be used, and I give thanks for that.”

Today I am thankful for the tenacious, bright and talented community of writers and commentators here that are dedicated to documenting, informing, and striving to make sure the memory of the many crimes — and follies — of this administration will not fade into the past… forgotten.

Enjoy your Thanksgiving, all.

There is much work left to do. 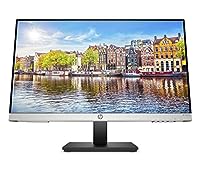