The White House could not be more contaminated right now if it were a pig feces lagoon. Everyone from Mike Pence’s press secretary to one of Donald Trump’s personal valets has tested positive for coronavirus. But, hey, that doesn’t mean they’re going to start taking any of this seriously. People in masks look like nerds, yo!

The Intercept has posted a video of a roundtable discussion with food industry CEOs in Iowa wherein the participants who showed up in masks were asked to remove them before Pence came on stage.

Two of those executives, Ken Sullivan of Smithfield Foods and Noel White of Tyson Foods, run meatpacking plants where hundreds of workers have contracted Covid-19, including a Tyson plant in Waterloo, Iowa where more than a third of the workforce — 1,031 people — has tested positive and at least three workers have died. The Tyson plant in Waterloo was reopened on Thursday following an executive order from President Donald Trump that designated the meat supply “critical infrastructure.”

The strange request to the executives to remove their masks underscored just how committed the White House is to ignoring federal health advice intended to slow the spread of the pandemic coronavirus.

Although the vice president appeared to follow social distancing guidelines during the discussion, he did not wear a mask, nor did any of the officials who accompanied him on Air Force Two from Washington: Agriculture Secretary Sonny Perdue and Iowa’s two Republican senators, Chuck Grassley and Joni Ernst.

Okay, that was fucking stupid.

Of course, back in March, as the COVID-19 crisis was just starting to slap the Trump administration upside the head, Pence infamously said, “In our line of work, we shake hands when someone wants to shake your hand. And I expect the president will continue to do that. I’ll continue to do that.”

All of this raises an urgent question: Have they ever taken this seriously? At some point you have to put vanity aside and defer to doctors. Right?

Let’s hope that, one way or another, someone else is president next January. If Trump and Pence don’t Darwin Award themselves out of office, we can — dare I say will — vote them out. 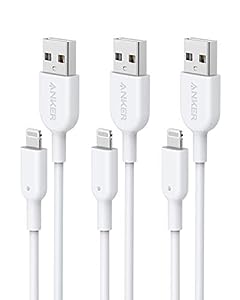