Trump eventually will be directly responsible for a quarter-million deaths from COVID.

“We’re actually experiencing more death than we thought we were.”

Excess COVID death study: 75K more died in US than previously recorded#Trump is complicit in the deaths of over 210,000 Americans https://t.co/Nz3RwvzBZq— FreedomExpressed 🌊🌊 (@iPicNews) October 12, 2020

The coronavirus pandemic may have caused tens of thousands of more deaths in the spring and summer than previously thought, a new study says.

Researchers at Virginia Commonwealth University in Richmond found nearly 75,000 more people may have died from the pandemic than what was recorded in March to July, according to the report published Monday in the peer-reviewed journal JAMA.

By examining death certificates, the study found more than 150,000 deaths were officially attributed to COVID-19 during that period. But researchers determined that nearly 75,000 additional deaths were indirectly caused by the pandemic, bringing the total number of deaths for those four months to more than 225,000.

TRUMP visited the press cabin on Air Force One, and spoke for about 10 minutes from the doorway, without a mask, on trip home from Iowa. pic.twitter.com/A01KJmMOi5

And then there’s yet another example of illegal insider information provided by the White House.

Next stage of the virus scandal: While Trump and Kudlow told Americans that the virus was under control and stocks looked good, aides apparently gave “wealthy party donors an early warning” that let them short the market and dump losses on ordinary people. https://t.co/sehrAZ3ODk

Counterintel question #1 arising from Trump’s taxes was: “To whom does he owe $421 million?”

Now we have question #2: “Who secretly funneled him over $21 million through a Las Vegas hotel and various shell companies when he was strapped for cash in 2016?” https://t.co/ADz9bd1Y6B

“Is that dancing?” Mary Trump asked. “I’m sorry. “I thought it was a white man’s overbite thing.” (On IMPOTUS’s dancing while on stage)

Senator Graham might need a lawyer: “It shall be unlawful for…Members of Congress, to solicit or receive a donation of money or other thing of value in connection with a Federal election, while in any room or building occupied in the discharge of official duties.” 18 USC 607 https://t.co/raJEztmn66

“Metadata on the PDF files suggest they were created on a Mac laptop on Sep. 29 and Oct. 10…The timing of the creation of those PDF files—several months after Biden allegedly dropped off his laptop at the PC repair store in April 2019—raises questions.” https://t.co/xgCNhKDzDd

Story from @justinbaragona and @samstein https://t.co/1CElXEXcXY

The New York Times' first article about Hitler, on Nov. 21, 1922, suggested that his “anti-Semitism was not so genuine or violent as it sounded.” pic.twitter.com/9KowS7AKqN

Is there a petition that I can sign somewhere to stop this from happening??

Retweet if you believe Donald Trump is dancing on the graves of Americans that didn’t have to die #TrumpGraveDancer pic.twitter.com/iFs8C7Fqr7 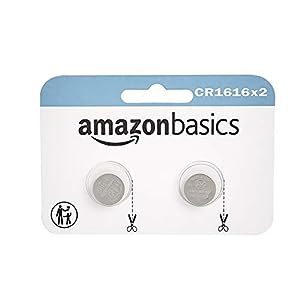