At the end of the movie Cast Away starring Tom Hanks, in the final scene he is left contemplating his next move after reaching a literal fork in the road. Ok, I think I left that vague enough so as not to ruin the ending for the few who have not seen the film. My point is that November is closer than we think, we can either drive into the abyss or set a new course for our lives. I have said and written it so many times people may have stopped listening. The next presidential election is not about Donald Trump or Trumpism, it is about the fight for and morality of America.

I am sure the pushback for my next statement will be swift and vociferous but here I go, the people who will vote for Donald Trump a second time are useless to America. The first time was throwing a monkey-wrench into the works because… I don’t know… Barack. This time we have seen his treason—ignoring the real possibility of bounty money placed on the heads of American soldiers. To date, 130,000 Americans dead because the administration has failed to come up with a pandemic plan other than the summer heat and a miracle. Mr. Trump was Impeached because he clearly threatened a foreign leader while soliciting a smear of his upcoming opponent.  He warned of turning a blind eye to the destruction of Ukraine if Zelensky did not help with his re-election. Add to that, stumping for the Confederacy, gassing law-abiding citizens, and turning the Justice Department into, Just His department. A second vote for Trump makes you a traitor to the American way.

I watched as much as I could of the President’s address to ‘his’ nation on the Fourth of July. It was filled with autocratic threats, phony militarism, and enough flag wrapping that the mummified Tutankhamun would be jealous. Mr. Trump has taken the tact that if I commit a crime out in the open and tell the people you did not see or hear what you saw and heard; it is fake news. For his followers it has worked for his detractors it has been ‘lib-erating.’ From sports to politics, people we like, [sportswriter Rick Reilly], right into the Oval Office with people liberals despise like John Bolton,  have all said the same thing, Trump is a self-serving liar who cheats and is only concerned with his own self-interest.

The evidence is in and conclusive, Donald Trump is a perpetual liar, who ignores critical briefings, and befriended murderers and despots, like the Saudi Crown Prince and Vladimir Putin over our allies who date back to World War II and beyond. Not only have those useless Trump supporters turned their backs to Trump’s embrace of despotism, but they also wore T-shirts to his rallies that read, I’d rather be Russian than a Democrat. Sure, there were people who continued to suffer amidst the slow recovery from the Bush 43 presidency and wanted a faster and more radical change than Obama was offering. The impatient were unwilling to vote for back up in the midterms and the conservatives were eager to redirect blame. I started out talking about the movie Cast Away, but maybe that was wrong, this President is a Clear and Present Danger. We have had almost four years of the new Trump punch and it is turned, or maybe we are waking up to the fact it was sour all along. 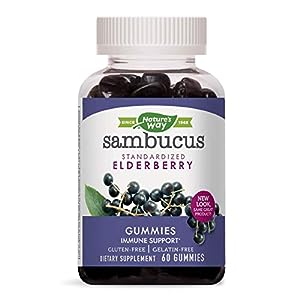