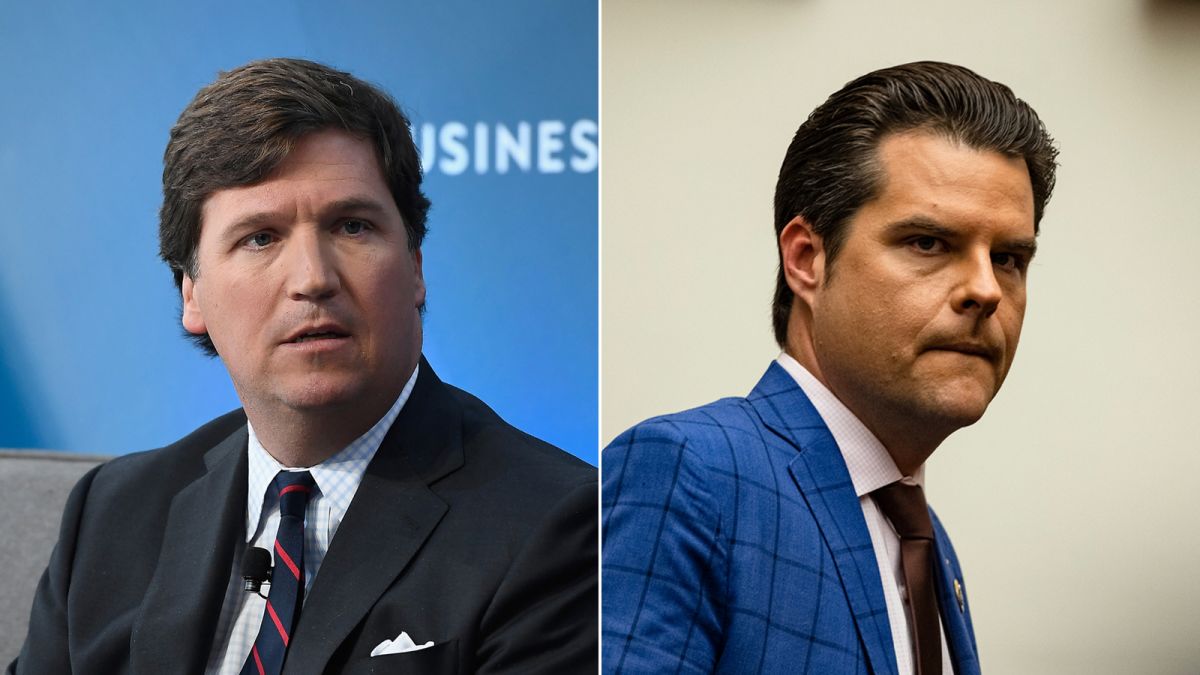 Diverting information foregrounds the developing investigations of Rep. Matt Gaetz (R-FL). The pattern is familiar, defenses that try to construct logical fallacies in preparation for lawfare. Schadenfreude builds as everyone waits for actual indictments. Yet the periphery is littered with a barrage of “facts” including a story reminiscent of Iran-Contra.

Former officials in President Donald Trump White House and the Republican Party were "gloating" Tuesday night when it was revealed that Rep. Matt Gaetz (R-FL) was being investigated by the Justice Department for possible sex trafficking.https://t.co/2PBOqI466n

“The former Trump aides aren’t necessarily happy to see the three-term lawmaker in trouble, but they ‘feel a little vindicated,’…. “He’s not in the legislative business. He’s just out there to blow sh*t up and get on TV.”

Former officials in President Donald Trump White House and the Republican Party were “gloating” Tuesday night when it was revealed that Rep. Matt Gaetz (R-FL) was being investigated by the Justice Department for possible sex trafficking, Business Insider reported.

Gaetz, who is the “subject” of an investigation, could end up being indicted if evidence is found of a crime. It’s possible he could also be completely vindicated. But the latter didn’t matter as Republicans joined with jubilation to celebrate what they thought was Gaetz’s fall. One former senior Trump White House aide was on multiple text chains with former colleagues gossiping about the deluge of news about Gaetz’s legal predicament.

“Republican leadership will likely watch him completely implode in a matter of days without having to do a thing,” the former aide told BI. But if the leadership intends to remove Gaetz from any committees, there would need to be an actual indictment first.

“Good riddance,” another former Trump White House aide celebrated. “It sounds like he let whatever BS power he thought he had go to his head and he thought himself above the law.”

QAnon Thinks Matt Gaetz Being Investigated for Sex Trafficking Is All Part of the Plan – VICE https://t.co/ZotJDCJR9F

The scandal around Rep. Matt Gaetz took a turn with a report that an ex-military official tried to get his dad to cough up $25 million that would be used to free Iranian hostage Bob Levinson.

One odd fact among many: Levinson was declared dead last year https://t.co/WnsVba3rOX

McGee told The Daily Beast on Tuesday night, before the documents came to light, that claims of extortion were bogus and that Gaetz was trying to deflect from his own legal troubles. McGee did not respond to calls on Wednesday and Kent could not be reached for comment.

The bizarre chain of events began unraveling on Tuesday night with a report in The New York Times that federal prosecutors were investigating whether Gaetz (R-FL) had a relationship with a 17-year-old girl and paid for her to travel—which could amount to sex trafficking. Prosecutors did not confirm or deny the Times report.

Gaetz quickly hit back, saying cryptically that the allegation was part of a plan to extort $25 million from his family. In an appearance on Tucker Carlson’s Fox show on Tuesday night, Gaetz named McGee as one of the parties in the scheme.

Then on Wednesday afternoon, Don Gaetz, a former Florida state senator worth hundreds of millions of dollars, told Politico that he wore a wire to a meeting with McGee and was supposed to wear one to an upcoming meeting with another person involved in the scheme, Stephen Alford—a convicted fraudster with ties to McGee.

The details of the scheme did not emerge until later Wednesday when Don Gaetz release the documents to the Examiner.

The elder Gaetz said that he got a text message on March 16 from Kent, who has claimed he put together a mission to rescue Levinson, a retired FBI agent, from Iran in 2018 that was foiled by the U.S. government.

“I would like to talk with you immediately about the current federal investigation, and the indictment that is about to filed against your son,” the message read.

“I have a plan that can make his future legal and political problems go away.”

The message went on to say that he had located Levinson in Iran and had two proof-of-life videos. If Don Gaetz would help secure Levinson’s release, the message said, his son would get credit and a presidential pardon.

The Gaetz story is disgusting and bizarre, but I wouldn't shrug this part off. Levinson was declared dead in March 2020. It's worth watching the interviews he did before he disappeared. This is yet another under-covered organized crime case.