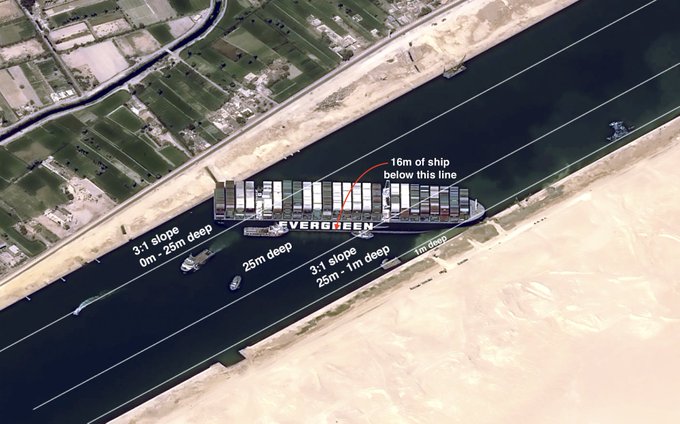 Apparently John (no relation) Kennedy (R-LA) may endorse those sober drivers who run over demonstrators in Oklahoma, because a guy who “went to Oxford” should know something about logical fallacies.

Hours after America's second mass shooting in a week, Sen. John Kennedy downplays the gun problem by noting that “we have a lot of drunk drivers in America that kill a lot of people. We ought to try to combat that too … the answer is not to get rid of all sober drivers.” pic.twitter.com/BvqhNvuWRJ

Oklahoma lawmakers on Wednesday passed a bill that threatens the lives of protesters. The State’s Republican-majority House voted to grant drivers immunity if they “unintentionally” run over demonstrators. This bill […]
The post New Oklahoma Bill… https://t.co/G8HhPwJCIq

A peripheral question is whether Boulder spree killer Alissa was influenced by the shootings in Atlanta on the same day he bought his Ruger AR-556.

More charges will be filed against the suspect, 21-year-old Ahmad Al Aliwi Alissa, in the coming weeks in connection with the shots fired at officers, Dougherty said.

John Mark Eagleton, owner of Eagles Nest Armory in the Denver suburb of Arvada, said in a statement that his store was cooperating with authorities as they investigate. The suspect passed a background check conducted by the Colorado Bureau of Investigation before purchasing a gun, Eagleton said.

Authorities previously said Alissa purchased a AR-15-style gun on on March 16, six days before using it in the shooting. The other weapon the attacker had was a 9 mm handgun.

“We are absolutely shocked by what happened and our hearts are broken for the victims and families that are left behind. Ensuring every sale that occurs at our shop is lawful, has always been and will always remain the highest priority for our business,” Eagleton said in the statement.

Alissa was convicted in 2018 of misdemeanor assault after he knocked a fellow high school student to the floor, climbed on top of him and punched him in the head several times, according to police documents. He was sentenced to probation and community service.

Colorado has a universal background check law covering almost all gun sales, but misdemeanor convictions generally do not prevent people from purchasing weapons. If Alissa had been convicted of a felony, his gun purchase would have been prohibited under federal law.

An arrest affidavit said Alissa bought a Ruger AR-556 pistol, which resembles an AR-15 rifle with a slightly shorter stock.

The neofeudal hypothesis thus lets us see both the appeal and the weakness of popular left ideas. They appeal because they resonate with a dominant sense. They are weak because this dominant sense is an expression of tendencies to neofeudalism.
Just as feudal relations persisted under capitalism so do capitalist relations of production and exploitation continue under neofeudalism. The difference is that non-capitalist dimensions of production — expropriation, domination, and force — have become stronger to such an extent that it no longer makes sense to posit free and equal actors meeting in the labor market even as a governing fiction. It means that rent and debt feature as or more heavily in accumulation than profit, and that work increasingly exceeds the wage relation. What happens when capitalism is global? It turns in on itself, generating, enclosing, and mining features of human life through digital networks and mass personalized media. This self-cannibalization produces new lords and serfs, vast fortunes and extreme inequality, and the parcellated sovereignties that secure this inequality while the many wander and languish in the hinterlands.

Today marks 200 years since the beginning of the Greek Revolution. The uprising secured Greece's national independence — but also expressed the vision carried by a global revolutionary movement, from France to the black Jacobins in Haiti. https://t.co/rl4JKBqyLu

Two political committees belonging to Rep. Devin Nunes have spent the past two days filing amended FEC reports to correct errors and omissions by their treasurer: his mom https://t.co/iwoG9yHtCZ

ICYMI, prior to getting stuck in the canal, the Ever Given's course wound up plotting what sure looks like a penis, testicles, and two buttcheeks. To One America “News”, this is proof of an international conspiracy to disrupt global trade. https://t.co/2XSY198hAe

(51627)
(as of May 20, 2022 22:04 GMT -04:00 - More infoProduct prices and availability are accurate as of the date/time indicated and are subject to change. Any price and availability information displayed on [relevant Amazon Site(s), as applicable] at the time of purchase will apply to the purchase of this product.)