I’m not a lawyer, but can a federal prosecutor, say Mueller, help a felon like Manafort out with state charges?  I got to thinking about this question after reading the Slate article highlighted by Greg Dworkin.  I had some inkling that Manafort might be facing state charges, but Jed Shugerman goes into some great details about Manafor’ts jeopardy on possible state charges.

From what I could gather, Manafort had to have committed state tax fraud in BOTH New York and Virginia.  It makes sense that he did this because, as everyone who has to pay a state income tax knows, state forms ask for information from your federal form, at least I have had to do that in NC and KY.  Manafort is not going to tell New York and Virginia, “I’m worth X while I reported Y to the Feds.”  That is my reading of this.  I have no evidence that Manafort cheated in his state taxes, but I bet he did.

I could be wrong though.

However, if Manafort did commit state tax fraud, this made me smile when I read it:

Further devastating for Manafort’s pardon hopes, according to Virginia rules of evidence, past convictions can be admissible: “Such evidence is admissible if it tends to prove any relevant fact pertaining to the offense charged, such as where it is relevant to show motive, opportunity, intent, preparation, plan, knowledge, identity, absence of mistake, accident, or if they are part of a common scheme or plan.” So in a Virginia trial against Manafort for tax fraud, these many federal convictions would be admissible and devastating.

Nothing like entering a defendent’s conviction as evidence in another criminal prosecution.

And I loved this part of Shugerman’s explanation of Manafort’s woes:

Manafort was also tried on bank fraud relating to New York and California banks. Both states have double jeopardy statutes that seem to create a potential pardon protection. But there was a hung jury on the conspiracy bank fraud charge for the California bank. California’s double jeopardy law states, “No person can be subjected to a second prosecution for a public offense for which he has once been prosecuted and convicted or acquitted.” That obviously excludes mistrials. So California could prosecute the separate act of conspiracy bank fraud because Manafort has never been prosecuted and convicted or acquitted of that charge.

There was also a hung jury on the four bank fraud charges for his dealings with the Federal Savings Bank in Illinois. The state’s double jeopardy law also allows a second state prosecution after a mistrial. It is ironic that the one holdout juror who caused a mistrial on some charges opened up Manafort to state retrials.

I LOL on that.  I wonder if that lone hold out was another Trump supporter?  I bet “Yes.”

Manafort is an old guy, and as another rapidly aging man, I can tell you the last thing you want to do is spend years in prison.  And Trump CANNOT get Manafort out of these jams.  Trump’s pardon powers do not work for state crimes.

Therefore, this all brings me back to my original question:  can Mueller help Manafort out on the state charges to make him a “Flipper.”?  I do not know because I’m not a lawyer, and I am not familiar with how closely state and federal prosecutors may or may not work together on criminal cases.  Given that Mueller has strategized to leave some charges out of the Manafort case and open up further state criminal prosecuation cases, I would guess that Mueller did this to apply more pressure on Manafort to flip.

Any thoughts from the rest of you? 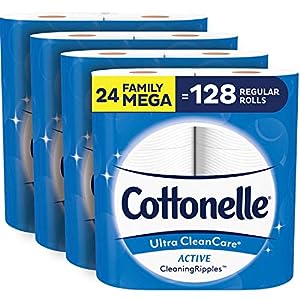