Apparently, this guy has known all along that Donald Trump is, as he calls him, “deranged” — but he voted for the ocher abomination in 2016 anyway.

He reasoned that Trump’s derangement might lessen as the gravity of his office became more apparent. As we all know, the opposite happened. And now, Sterling Heights, Michigan, Mayor Michael Taylor, a lifelong Republican, is endorsing Joe Biden.

“I think Joe Biden is the candidate who can unify all of the Democrats and he's the candidate who can appeal to moderates and Republicans like me who don't want to see four more years of President Trump,” Taylor told the Chicago Tribune. “I remember thinking this Trump thing is insane, but when it was down to him and Hillary, I kind of said, 'Well, you are a Republican, and yeah he's nuts, but maybe he'll get better and you know he's going to lower taxes. I slowly talked myself into it. 'He can't seriously be this deranged once he gets in there,' and he's even more deranged now than I thought then. So, I take the blame. I voted for him.”

Oh, he can be — and is — that deranged. It’s been kind of like watching The Shining, except there was no act I or II. It’s been nothing but ax-swinging and talking to ghosts from the get-go.

So is there any chance the compact fluorescent light bulb is coming on for other Republicans, now that Trump is melting down faster than a Nazi’s face at the end of Raiders of the Lost Ark?

Whether you support Joe Biden or not (I myself was resolutely Team Warren until she dropped out), it’s becoming increasingly likely that he’ll be our nominee. And if Republicans are willing to pull the lever for him, hey, I’ll take it. After all, what good is Medicare for All and free college if no one’s alive to enjoy it? 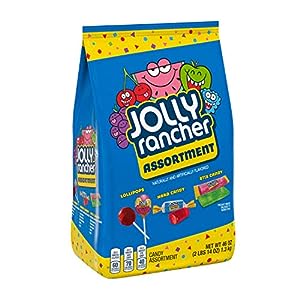