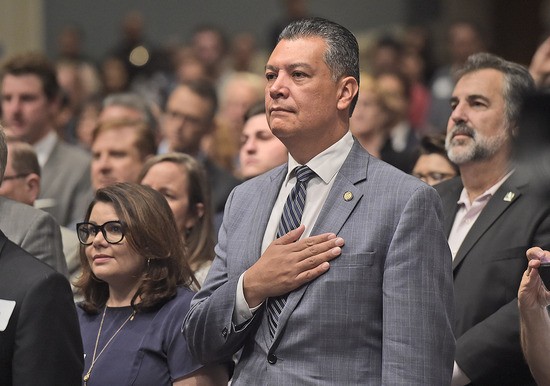 I’m not one to beat around the bush. So let me get right to it: I’m asking you to donate to Alex Padilla's reelection campaign. Together we can send Alex back to the Senate where he will continue to fight for change.

Your support today is so important, because now more than ever we need bold, progressive Democrats like Alex in the Senate.

Alex is working on a number of important issues in the Senate, and your support is critical to making sure he has the support to keep fighting for change.

Alex’s progressive leadership makes him a top target of some far-right Republicans who would love to defeat Alex and eliminate our majority in the Senate.

But I know if all of us chip in a few bucks today and show Alex we have his back, he’s going to win.

So please, do your part today by joining me and chipping in $5 or $10 to Alex Padilla’s reelection campaign. Together we can send Alex back to the Senate where he will continue to fight for change.

I’m no stranger to tough races. Which is why I know Alex is going to need all of our help to fight through the attack ads and cheap shots that are coming his way.

A dollar raised today is so valuable compared to a dollar raised a year from now. Your support today will help Alex and his team begin planning for the road ahead, and that headstart can make all the difference between success and failure.

Thank you in advance for chipping in and making a difference.

(51660)
$17.62 (as of May 21, 2022 20:13 GMT -04:00 - More infoProduct prices and availability are accurate as of the date/time indicated and are subject to change. Any price and availability information displayed on [relevant Amazon Site(s), as applicable] at the time of purchase will apply to the purchase of this product.)